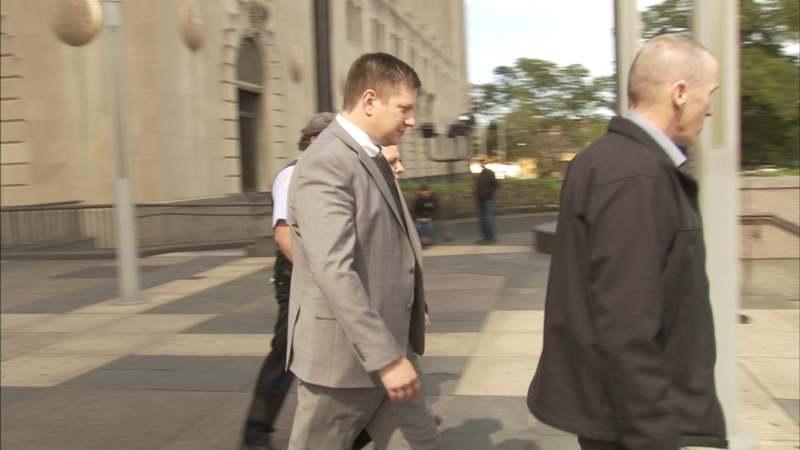 CHICAGO (WLS) -- The trial of Chicago police officer Jason Van Dyke for the murder of Laquan McDonald will continue into next week.

Thursday his defense called an expert in pharmacology as one of their witnesses, along with a neighbor of McDonald's relatives and a former police academy firearms trainer.

Court recessed shortly before 1 p.m. Thursday. There will be no court on Friday. Testimony will resume Monday, Oct. 1.

Dr. James O'Donnell testified about PCP and its effects, and how it can cause rage, aggression and delusions. An autopsy later found McDonald had PCP in his system.

The firearms trainer testified that officers are taught to eliminate the threat and reload automatically.

The defense tried to trace McDonald's steps on the last day of his life and how he was behaving. They called Yvette Patterson, who lives on the West Side near McDonald's relatives, to the stand.

Patterson testified McDonald asked to see and use her car as she pulled up to her home at about 2 a.m. that morning. She told him she didn't know who he was and then called 911 after a polite exchange with the teen.
"I called 911 'cause I wanted to go into the house safe," she testified. "Yes, I'm gonna call 911 so I can get into my house safe."

A Chicago woman forced to testify by subpoena said she encountered McDonald behind her house the day he was shot and killed. She testified she was not afraid of him but called 911 for protection to get into her house. She called him “a nice young guy.” #vandyketrial @ABC7Chicago

Van Dyke is on trial for first degree murder for the October 2014 shooting of 17-year-old Laquan McDonald. He fired 16 shots at McDonald as McDonald appeared to be walking away from officers in video recorded on a police dash camera. Van Dyke claims it was self-defense.

Once court was over for the day, Sister Maria Paulina, who has been sitting next to Van Dyke's wife, offered condolences to the family of Laquan McDonald.

"We appreciate it and think it was genuine," said Rev. Marvin Hunter, great-uncle of Laquan McDonald.

Sister Maria declined to comment on camera, but said she wanted to approach McDonald's family on behalf of St. Jane de Chantal parish where the Van Dykes worship.

"She could not speak for Mr. Van Dyke. As part of the church, saying she is sorry for our loss means something," Hunter said.

The president of the Fraternal Order of Police spoke Thursday morning as well and said the witnesses called by the defense so far should show the jury the shooting was justified.

AFTER THE GAVEL: Leah Hope gives her insights from inside the court room as the Van Dyke trial recesses until Monday morning.