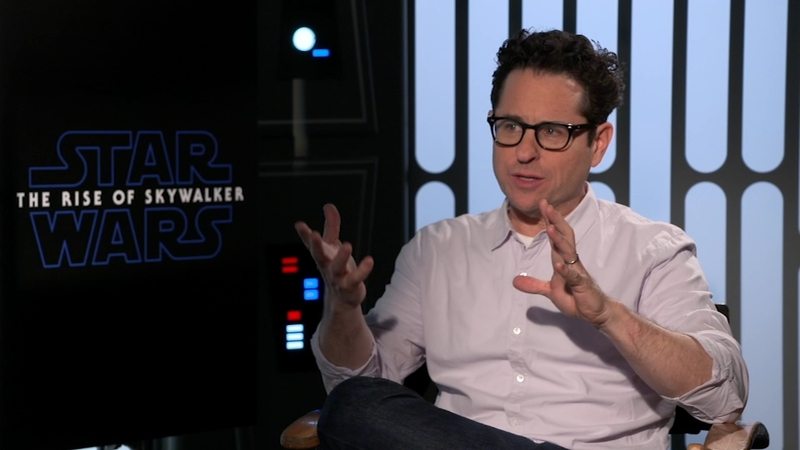 CHICAGO (WLS) -- With "Episode 9: The Rise of Skywalker" set to release on December 20, its director is preparing to wow the Star Wars world. ABC7 entertainment reporter Janet Davies had a chance to speak with J.J. Abrams about this close to the 42-year-old franchise.

"I feel like it was a bit of a balancing act," Abrams said. "And the fun of the characters, the thrill of action sequences, the scale, scope of the movie was all really wonderful and fun and challenging to do. But, the heart of the movie, the emotional story, the characters' relationships, the challenges, the revelations, the secrets, the loyalties, those are the things that really matter."

And it mattered that in this last of the "Star Wars" Skywalker series, the late Carrie Fisher is featured. Cutting room floor clips from "Episode 7: The Force Awakens" - which Abrams also directed - were chosen even before Abrams wrote the script.

"It was like nanotechnology," he explained. "Sort of building moments that wouldn't have existed if we had not had the story intention and had not had the shots we had of Carrie, so building scenes and sequences based on that."

On this film, secrecy is the word - even though actor John Boyega's script accidentally made it online for sale before it was hastily recovered. Still, you won't get much out of this director.

"There are leaks, some more accurate than others," Abrams said. "And some that are 100% right and some 3% and some 100% wrong - they are all over the place. But this is the kind of thing you know going into this - no matter what you do, no matter what you say, there will be speculation. There will be, you can't please everyone. There is a lot of noise. The leaks seem to indicate to me there are still people who care about what happens to these characters and that's the most important thing."

"Star Wars: The Rise of Skywalker" is in theaters nationwide on December 20.