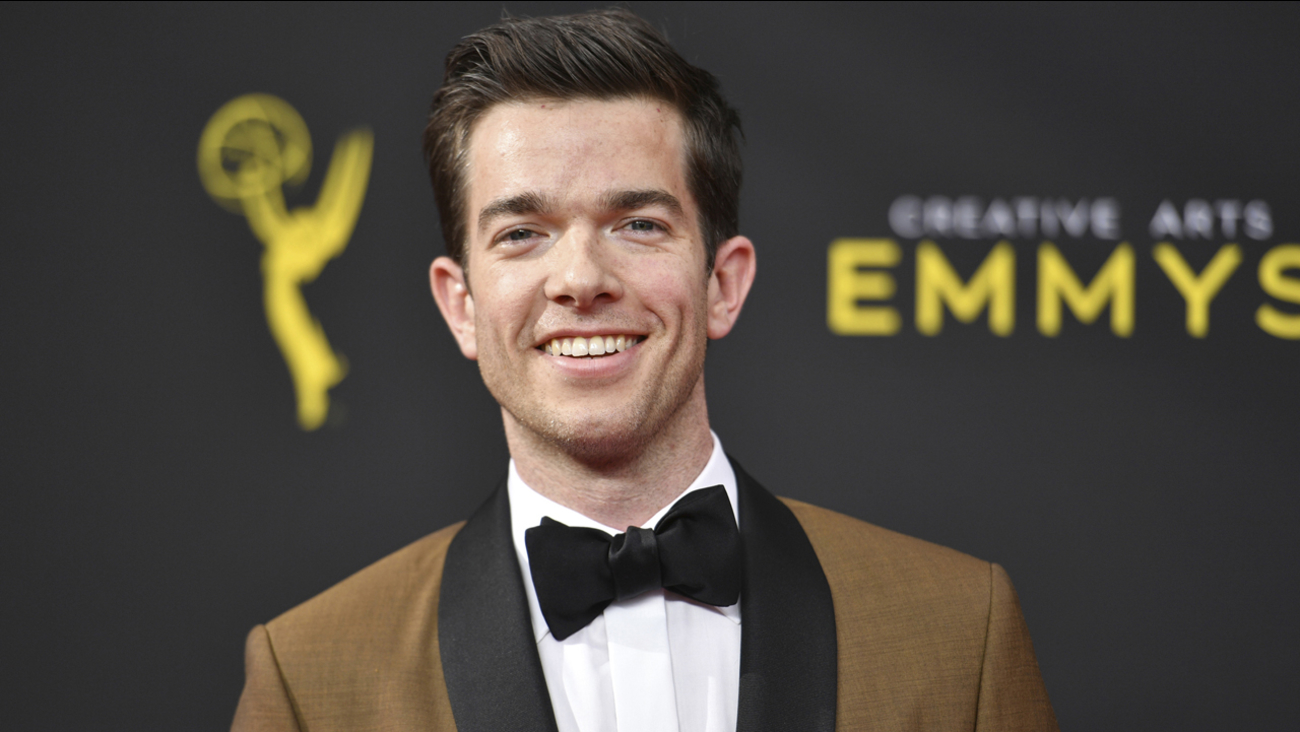 FILE - John Mulaney arrives at night one of the Creative Arts Emmy Awards on Sept. 14, 2019, in Los Angeles. (Photo by Richard Shotwell/Invision/AP, File))

It's a Christmas Eve gift! Actress Olivia Munn and comedian John Mulaney have shared the first glimpse of their baby, who is now 1 month old.

Munn posted an Instagram photo showing baby Malcolm wearing a blue beanie and swaddled in a fluffy blanket as he sleeps.

Before having the baby, the actress spoke on the "Today" show in November about the couple's initial fears as they prepared for their new life.

"We talk about the same stuff. Which rocker? What type of crib do you put the baby in? What does the baby wear?" she told the Today Show's Hoda Kotb. "Honestly, thank God for Instagram and Facebook and blogs because there's a lot of moms who put out such great information, and that's been a saving grace for me."

Mulaney first announced he and Munn were expecting a baby in September during an appearance on "Late Night with Seth Meyers."

The former "Saturday Night Live" writer initially met Munn at Meyers's 2013 wedding, but things turned romantic after Mulaney got out of a rehab stint for drug abuse.

"Olivia and this baby have helped save me from myself in this early journey out of recovery," Mulaney, now sober, said during the show.

Mulaney announced his divorce from visual artist Anna Marie Tendler in May. The pair had been married since 2014.