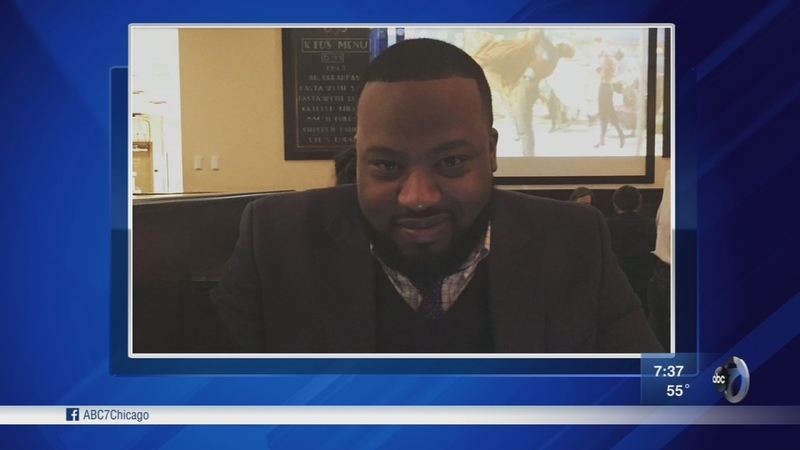 At 6 foot 3 and 270 lbs., Hutchinson was a towering figure at Urban Prep Academy, a South Side school that has consistently sent 100 percent of its graduates to college.

The Northwestern University graduate grew up in Englewood, made education his life's work, and drove a program that has become a point of pride for Chicago.

Hutchinson would tell his students "if I could come to Northwestern with two garbage bags of clothes and no money and graduate and make it, you can too."

Hutchinson passed away last Wednesday after suffering from an undiagnosed condition. He was teaching his nephew to drive when he suddenly lost consciousness.

Family said he was grieving the loss of his grandmother.

Hutchinson had dreams of taking his passion national, so he joined Cristo Rey Network, a non-profit that prepares low-income youth for higher education opportunities.

"They believed in themselves because they had him and they didn't give up because of his support," said LaSandra Hutchinson, his wife.

LaSandra and Kenneth had four young children together. LaSandra said her husband worked every waking hour to create opportunities for young people.

"We shared the same vision that earning a college degree was not only possible for young black men, but necessary. Mr. Hutchinson worked tirelessly...to ensure that all of our graduates were admitted to college. It was a high bar that he never failed to meet. And our graduates, city and world are better because of his efforts."