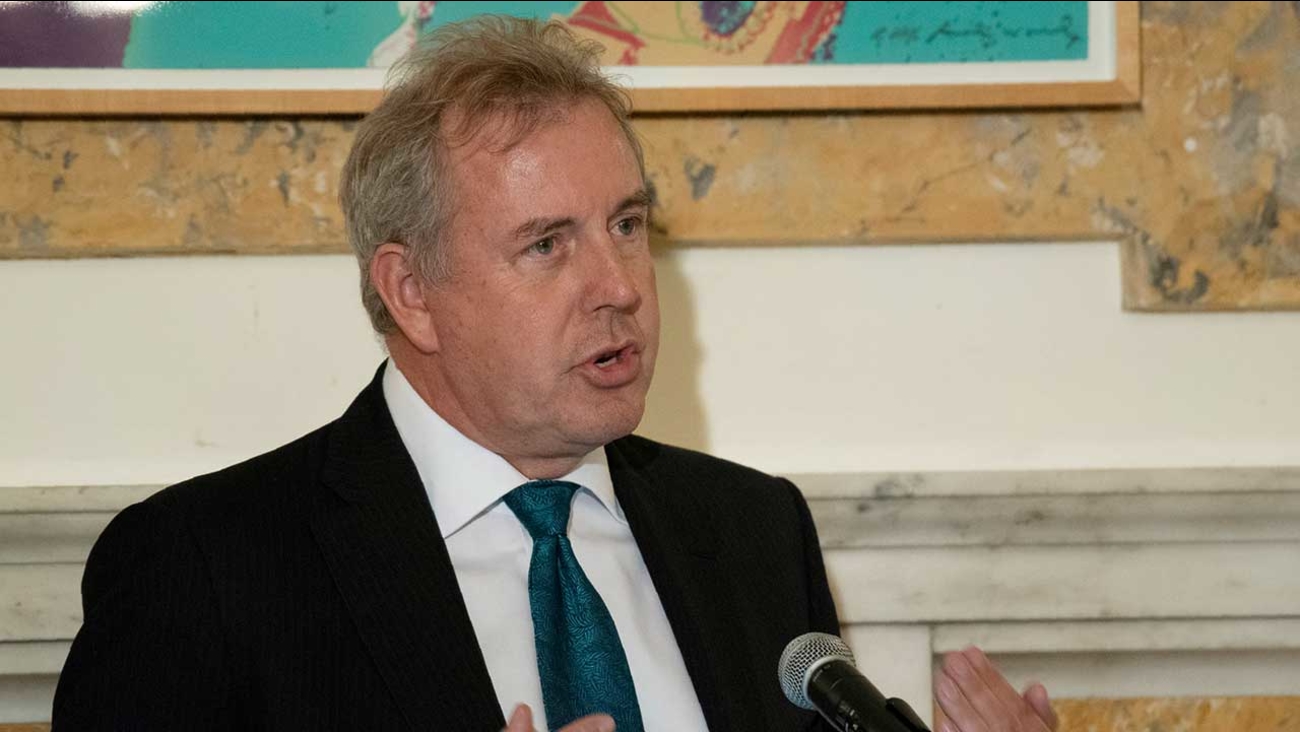 Kim Darroch said in a letter Wednesday that even though his posting was due to end this year, he believed "in the current circumstances the responsible course is to allow the appointment of a new ambassador."

Darroch said he is "grateful to all those in the UK and the US, who have offered their support during this difficult few days."

Prime Minister Theresa May said it was a "matter of regret" that Darroch resigned.