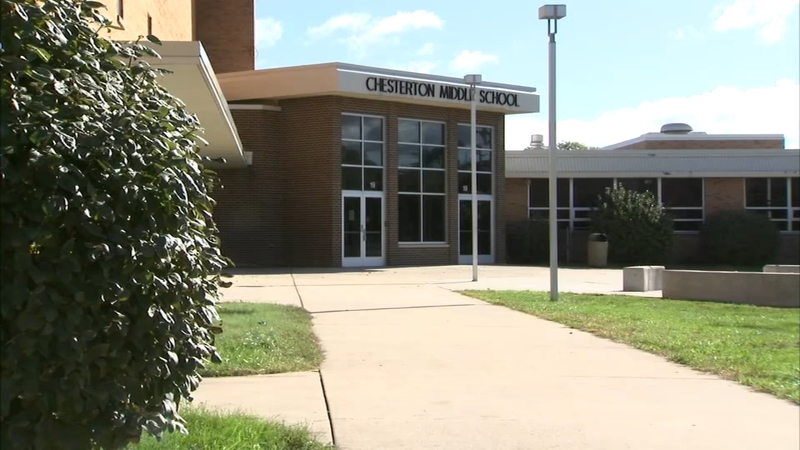 CHESTERTON, Ind. (WLS) -- Two schools in Chesterton, Indiana were closed Friday after traces of Legionella bacteria were discovered at the schools.

Eighth-grade student Amilcar Lemus and his friend spent the day playing soccer. The 13-year-old is one of nearly 1,500 students who weren't in class on Friday.

"It just happened randomly," Lemus said. "I didn't even know until I just woke. I just hear my mom say the school was cancelled."

Test results showed a slight presence of Legionella in the hot water system at Chesterton Middle School, as well as in the cooling system at Westchester Intermediate School.

Administrators at the Duneland School Corporation cancelled classes for both the northwest Indiana schools Friday as a precaution after an employee self-reported a positive test for Legionnaires' disease.

"The decision to close school was precautionary due to receiving test results after school last night," School Board President Brandon Kroft wrote in a statement. "We made this decision out of an abundance of caution for the safety of our students and staff."

While the district's administration building is also closed, all other schools remained open.

The Porter County Health Department has been notified and further tests on the water and air systems are being conducted, according to district officials.

It is not known where the employee contracted the disease, but district officials said they were told by the county health department that it's unlikely it happened at a school building.

On Friday afternoon, town officials continued to test their water supply, which they said they don't believe is affected.

But that didn't stop a student's grandmother from buying bottled water just to be safe.

"I am concerned for the school employees and the children, if there's a long-term effect," said Carrie Montgomery. "But I'm sure the health department and the school will keep us informed."

Legionella bacteria is transmitted through water when people breathe in a mist or vapor containing the bacteria, and can cause Legionnaires' disease. Symptoms can include cough, shortness of breath and high fever.

While it appears the worst is over, some remain concerned about heading back to school.