Girlfriend accused of killing boyfriend for being in love with other woman, but he's also married

Harris County, Texas deputies say Karin Stewart and James Hargrove have been dating for years, but his wife was also at court
KTRK
By Brooke Taylor 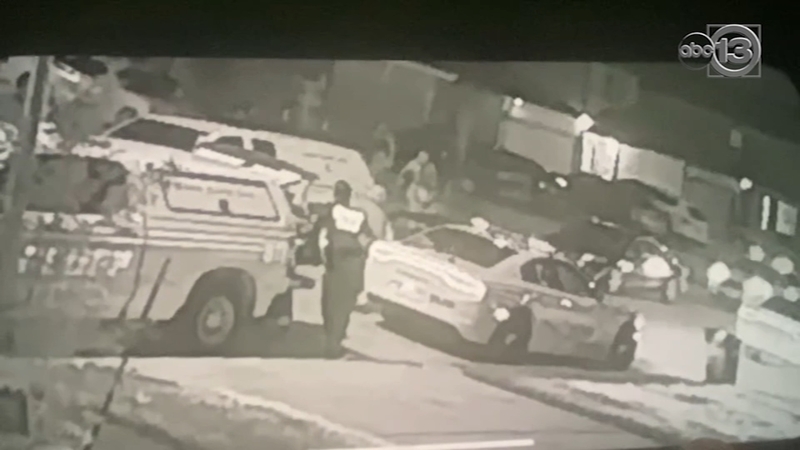 Surveillance video shows moments before man was shot and killed

SPRING, Texas -- A Spring man's murder over the weekend leads to a tangled story of a love triangle, with shocking new details emerging. A woman stands accused of murdering her boyfriend after finding out he was in love with another woman. We are now learning that man was also married.

His wife showed up to court Monday morning, where her husband's girlfriend -- and accused killer -- faced a judge.

The video featured above is from a previous report.

At about 9 a.m. Saturday, Precinct 4 constable deputies found James Hargrove with multiple gunshot wounds, Sheriff Ed Gonzalez said. He was taken to a hospital, where he was pronounced dead.

The Harris County Sheriff's Office says Hargrove lived in the home with his girlfriend on and off for seven years. But they add that he was also married.

Karin Stewart, 51, is now behind bars, charged with murdering her boyfriend at the home they shared. Deputies say she told them she shot Hargrove after he told her he was in love with another woman.

NOTE: Over the weekend, authorities told ABC13 that Stewart was Hargrove's wife. They have since confirmed the updated information.

Stewart, who can be seen crying in her mug shot, made a brief court appearance Monday morning. She remains behind bars, held on a $75,000 bond.

Even though deputies say she and Hargrove have been dating for years, his wife was also at court. She tells ABC13 she was married to Hargrove for more than 10 years.

The wife said they separated in November and have been going through a divorce. She did not know he was living with a girlfriend.

Exclusive surveillance footage from a neighbor shows a car pulling into the driveway at 1:45 a.m on Saturday. We spoke with the woman in the video over the phone. She claims she and Hargrove were going to let Stewart know they were in love.

That woman says she never expected Stewart's reaction. She claims Stewart went into the bedroom, got a gun and shot Hargrove.

About 30 minutes after they went inside, the woman, who doesn't want us using her name, is seen running down the street. She says she heard more gunshots as she ran.

Hargrove's wife says they've had their issues and were separated, but she never imagined it ending like this.

Records reveal it's not the first time Stewart has been accused of domestic violence. Stewart was charged with felony battery in Jan. 2016 in Baton Rouge, Louisiana.

According to records, she got into an argument with her husband over keys and ran him over with a truck. One witness to the incident told police he saw her spray lighter fluid in her husband's face.