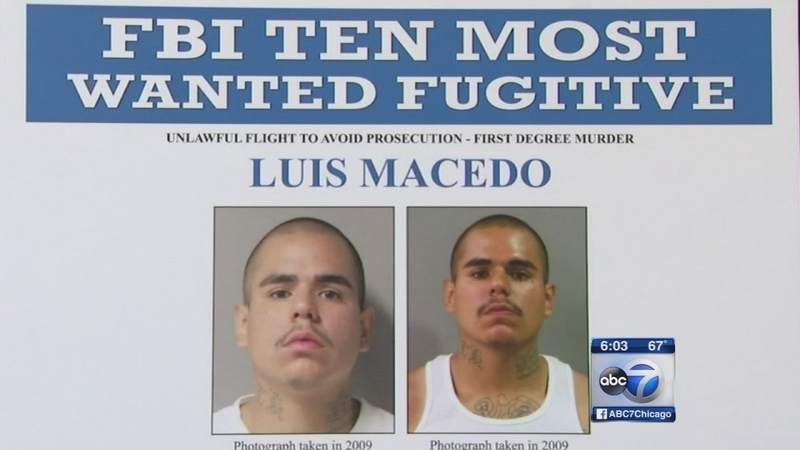 CHICAGO (WLS) -- A suspect in the 2009 murder of a Chicago teenager is now on the FBI's Most Wanted List.

Luis Macedo, 28, is wanted in connection with the May 2009 killing of 15-year-old Alex Arellano. Investigators said the teen was beaten, shot in the head and then set on fire in the 3000-block of W. 54th St.

"He should be considered armed and extremely dangerous," FBI Special Agent-in-Charge Michael J. Anderson said. "Luis Macedo was identified as one of the offenders who took part in Arellano's murder and is believed to have been the leader of the group that carried out the attack."

Investigators said that group is the Latin Kings. Four others have been charged and convicted.

The FBI wants to finally track down Macedo after seven years on the run. His last known address was in Oak Lawn, but he hasn't been seen in Chicago since the attack.

"The most important thing we are doing is trying to shine a very bright, a very hot spotlight on Macedo," FBI Director James Comey said.

The FBI believes Macedo could be in the Southeast, or out of the country in Mexico. If you have any information, there is up to a $100,000 reward.