Maksim Chmerkovskiy of 'Dancing With the Stars' posts from Ukraine: 'WAR is NEVER an answer!'

Maksim Chmerkovskiy immigrated from the Ukraine to the United States in the 1990s.
CNNWire
By Lisa Respers France, CNN 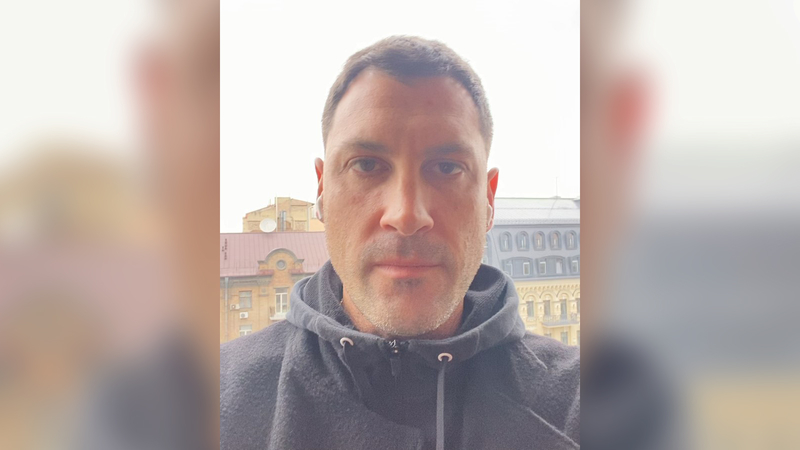 Maksim Chmerkovskiy posts from Ukraine: 'WAR is NEVER an answer'

Maksim Chmerkovskiy shared on his verified Instagram account Thursday a video of himself in his homeland after it had been invaded by Russian forces.

The "Dancing With the Stars" professional dancer posted from Kyiv, Ukraine.

"There's ALWAYS another way! WAR is NEVER an answer!" Chmerkovskiy wrote in the caption.

"P.S. I will never be the same," he continued. "This is stressful and I'm getting old feelings back, like I've done this before. This does feel like the way it was when and why we left in the 90s."

Chmerkovskiy told his followers that he's "not a social media guy at times of some kind of personal difficulty and this is definitely not the time were I would normally would be posting anything on social media."

Actor and filmmaker Sean Penn was in Ukraine as Russia begins its invasion. Maksim Chmerkovskiy from "Dancing With the Stars" also posted that he's in the eastern European country.

Chmerkovskiy, whose younger brother, Valentin, is also a professional dancer, immigrated from Ukraine to the United States in the 1990s.

He also shared a video showing what appeared to be a family fleeing with their suitcases and another video of himself getting emotional about the situation in his native land.

He said he wanted to return to the US and realized that he has a way to because of his American passport.

"What I'm realizing is that my friends whose kids are here, whose moms, dads are here and elderly people who are here, they can't just escape," Chmerkovskiy said emotionally.

A representative for Chmerkovskiy told CNN he is in the country working on the reality competition series "World of Dance UA."

Thousands of displaced Ukrainian citizens have escaped to Poland and other parts of Europe since Russian military forces invaded the country.

Chmerkovskiy married fellow "DWTS" pro, Peta Murgatroyd in 2017. The two are the parents of a 5-year-old son, Shai.

Murgatroyd and the couple's son are not with him in Ukraine, according to Chmerkovskiy's representative.