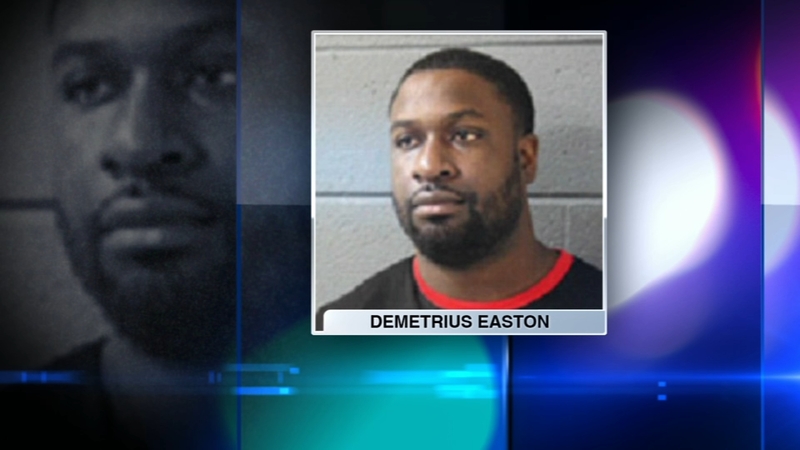 CICERO, Ill. (WLS) -- A man has been charged with attempted first degree murder for allegedly throwing a bowling ball at another man's head during a brawl at a Cicero bowling alley in September.

Demetrius Easton, 30, appeared in bond court Tuesday. He was arrested in Calumet Park and turned over to Cicero police Sunday, following a nearly two week search. He is being held on a $500,000 bond.

Police said Easton was involved in a brawl at Town Hall Bowl in Cicero. Video of the incident posted to social media shows a man, who Cicero police said they identified as Easton, raising a 14-lbs. bowling ball and slamming it down on 28-year-old Diamante Williams' head.

Prosecutors said the still image from the surveillance video circulated by police led to multiple tips, identifying the man with the bowling ball as Easton. The part-time electrician has several misdemeanor arrests, but no felonies.

Why he attacked Williams is unknown. Investigators only said that it was the result of an altercation that began in the seating area of Cicero's Town Hall Bowl during a promotional night event. Williams was critically injured at the time, suffering a fractured skull and internal bleeding around his brain.

"It's horrific," Tamekio Williams, the victim's mother, told ABC7 in September. "I just couldn't believe someone could be so inhumane to do that to another human."