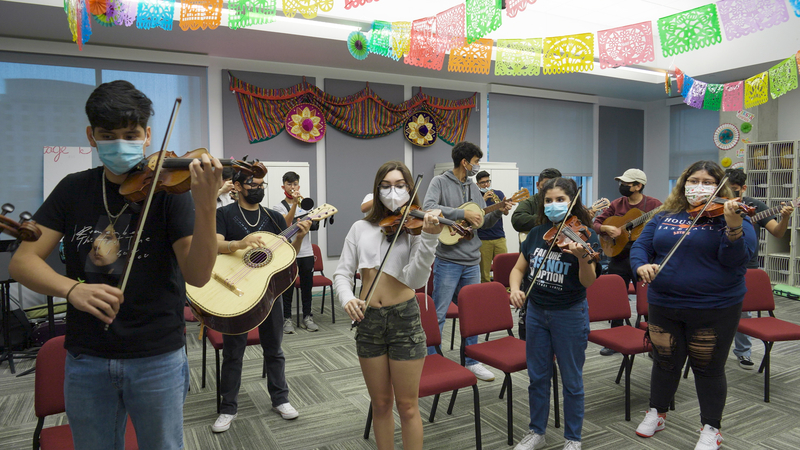 Houston, Texas -- Mariachi is more than just music. For the 25 young performers in Kinder HSPVA's Mariachi Los Pasajeros, it's a way of life - and a tradition that transcends generations.

The mariachi experience didn't start in the classroom for most of them. Many of the students learned to play at home, embracing the music their parents and grandparents grew up with.

Mariachi Los Pasajeros is known for one of the best mariachi programs in the state, securing top honors at Texas UIL State Mariachi Festival. The ensemble earned a superior Division 1 score, which is the highest rating possible. They are the only group from Houston to earn that honor.

The ensemble is made up of 25 musicians, playing guitars, guitarrns, trumpets, violins, vihuelas and harps. They frequently perform across the city at places like the Houston Public Library and at local schools.