WLS
By Sarah Schulte
CHICAGO (WLS) -- The men known as the "Marquette Park Four" are now suing the city of Chicago and the Chicago Police Department after being wrongly convicted and sent to prison as teenagers.

Charles Johnson, Larod Styles, TroShawn McCoy and LaShawn Ezell were in their late 30s when their convictions were thrown out for a 1995 double murder and robbery. For their lost time, the freed men want the city and the Chicago Police Department to be held financially accountable.

"No monetary value can replace what I lost being wrongfully convicted of a crime I did not commit. But what I can do is help give back to my community," Johnson said.

"I want to do something for the community, too. I want to be a motivational speaker. I want to help young kids fight the judicial system," Styles said.

While the men look to the future, their lawyers fixate on the past: an era before videotaped interrogations where they say defendants were coerced into false confessions by detectives under Chicago Police Commander Jon Burge.

"What happened in this case is what happened over and over again in our city which is the false confession capital of the world," said Locke Bowman, of MacArthur Justice Center.

Their lawyers say the "Marquette Park Four" were convicted solely on their confessions and there was no physical evidence linking them to the crime. Fingerprint evidence proved their innocence.

"I'm just gratefully to finally be able to breathe some free air and get on with my life," McCoy said.

But attorneys say what hasn't happened is accountability within the police department.

"It's mind boggling there is not disciplinary accountability for people still on police department and involved in cases which the city has seen fit to pay millions in damages," Bowman said.

Four of the defendants named in the "Marquette Park Four" lawsuit are detectives who were directly involved in the case known as the "Englewood Five," another case involving coerced confessions and exoneration.
Report a correction or typo
Related topics:
marquette parkchicagoinmateswrongful conviction
Copyright © 2021 WLS-TV. All Rights Reserved.
RELATED 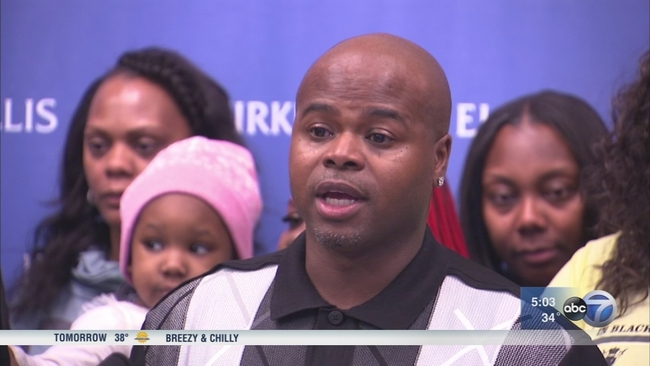