The fire broke out at about 5 p.m. at the Marcal Paper Mills on Market Street in Elmwood Park and went to eight alarms.

Huge paper rolls were fully engulfed in flames, and the roof collapsed. All emergency responders were pulled from the building for safety reasons.

Black smoke could be seen from as far away as Route 80 in Hackensack.

Over 150 firefighters responded, but the strong wind and frigid temperatures made their efforts that much more difficult.

There have been no reports of injuries. Firefighters from at least 10 towns have responded.

Fire officials were concerned about embers from the blaze affecting nearby homes and businesses on River Drive, at the east end of the factory.

Residents who live near the plant were evacuated from their homes as a safety precaution.

Stuart Cameron, who lives just five homes down from the plant, said he knew from the start they would have to evacuate.

"The wind was blowing it right towards our house," said Cameron. "Chunks of burning paper falling down onto the roofs, the trees, the grass. The grass, constantly having to stomp out the fire."

The fire caused heavy smoke condition on area roads, and the ramp on I-80 to Exit 61 was closed in both directions.

A passenger took a photo of the fire as his plane was approaching Newark Airport. 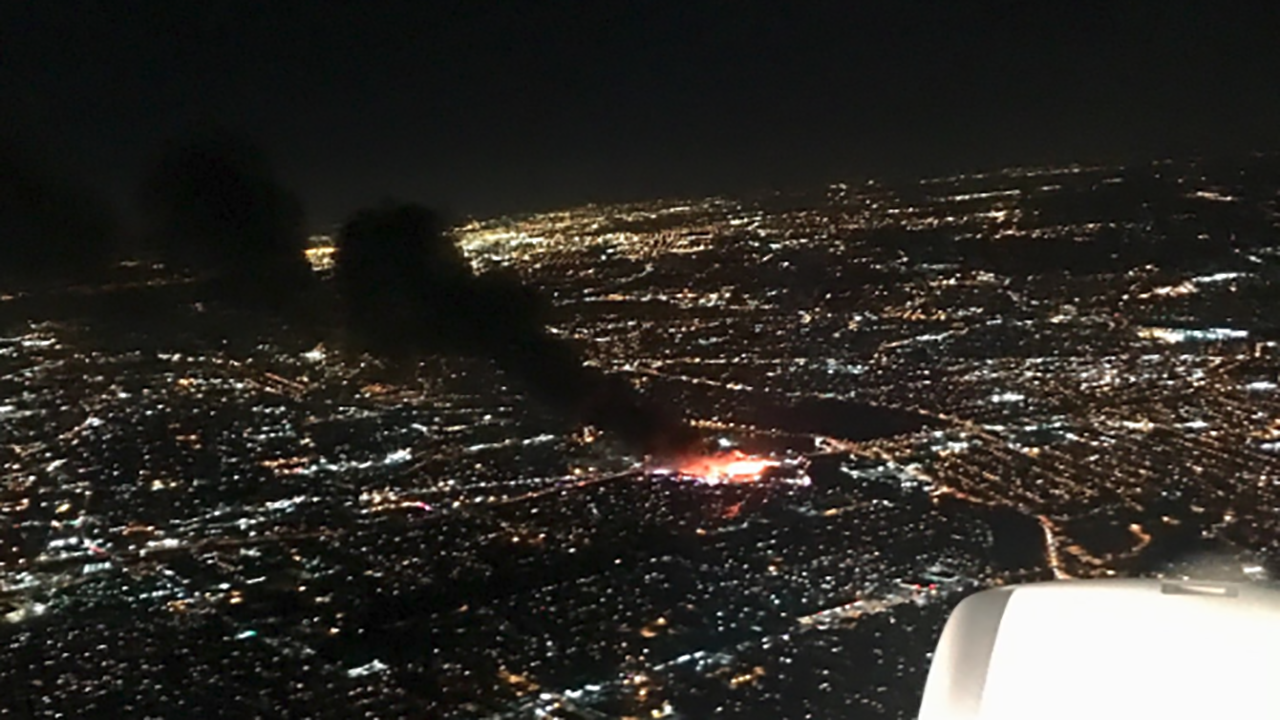 New Jersey Congressman Bill Pascrell said he would be visiting the site to offer help to the community and the affected employees.

I am monitoring this terrible situation closely. I thank God for our first responders this frigid night. They are in my prayers. I will be visiting the site as soon as possible and offering any help that we can to the community and what could be almost 500 affected employees.

The fire is the second reported this month at the site. In 2017, more than 100 firefighters were called to extinguish a blaze at the plant.