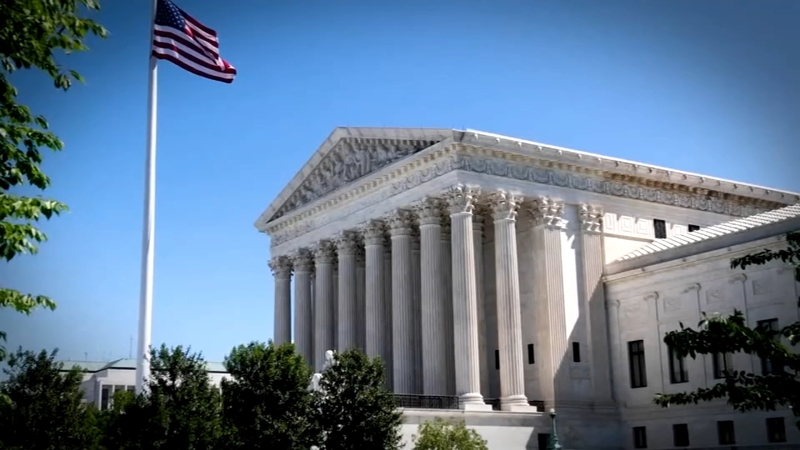 Lightfoot reveals fund for those seeking abortions from out of state

CHICAGO (WLS) -- The mayor of Chicago challenged other mayors to protect reproductive rights.

"The moment has to be a call to arms and I call upon all people of good will at this moment to make sure you are investing in the organizations that are on the front line," Mayor Lori Lightfoot said.

Will Roe v Wade be overturned? Mayor Lori Lightfoot announced a fund for those seeking an abortion procedure from states devising ban laws.

City officials and leaders of several local reproductive rights organizations stood with Lightfoot as she announced the "Justice For All Pledge" and $500,000 that will go toward increasing access to services, including abortion. The fund will support access to reproductive healthcare for Chicagoans and patients seeking abortions from neighboring states that could outlaw the procedure if Roe v. Wade is overturned, Lightfoot said.

The announcement came after a leaked draft decision showed a majority of U.S. Supreme Court justices appear to have voted to effectively overturn the 1973 landmark abortion precedent set in Roe v. Wade. The "Justice For All Pledge" fund includes access to transportation, lodging, care and, if necessary, safe and legal access to an abortion procedure, Lightfoot's office said in a statement, adding that the investment is part of Chicago's plan to "be a safe haven for all who are unjustly denied the resources and opportunities they deserve."

"We don't want Illinois and Chicago to be an abortion destination, which is anything but a 'safe haven' for women and children," the organization said.

Diana Parker-Kafka is with Midwest Access Coalition, a regional organization that helps patients get to abortion appointments even if they live outside of Illinois.

"Most of the people drive, but they can't even afford the gas," Parker-Kafka said.

Parker-Kafka said they got 30-48 calls a month last year. In January, they got 120-150 calls from people in need of transportation, and sometimes lodging, as access was restricted elsewhere.

"When Kentucky shut down access, we saw a lot of people from Kentucky who had appointments in Louisville had come Illinois and needed travel support last-minute and we were able to do that," Parker-Kafka said.

The city's pledge also includes commitments to "protect and increase access for all safe reproductive, obstetric, and gynecological healthcare" and "build capacity for anti-racist leadership" while addressing "racial and health disparities experienced by people of color." The pledge specifically cites higher rates of maternal and infant mortality experienced by Black women in Chicago.