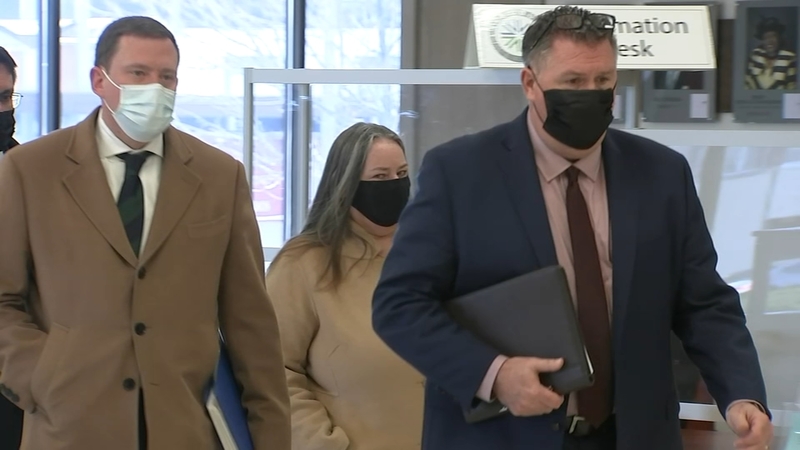 As part of a plea agreement, all other counts against her have been dropped. With her guilty plea coming six years later, people in Fox Lake say they are ready for closure - and justice.

Melodie Gliniewicz walked out of the Lake County Courthouse Friday morning without a word after pleading guilty to one count of deceptive practices. It's the beginning of the end of a saga that's gripped Lake County and the Village of Fox Lake for more than half a decade.

In Sept. 2015, Gliniewicz' husband, Lt. Joe Gliniewicz with the Fox Lake Police Department, staged his suicide to look like a homicide. Authorities said it was because he feared discovery of his embezzlement from a youth group. Fitzsimmons said she drove in his funeral procession.

"Knowing what the outcome was, was very disheartening," Fitzsimmons said.

Prosecutors contend Melodie Gliniewicz was part of the farce, taking money from the Fox Lake Police Explorers program. She was initially indicted on four counts of disbursing charitable funds without authority and for personal benefit and money laundering.

As part of her plea agreement, a judge could sentence her to jail time in accordance with the felony, or sentence her to probation with a chance to have the felony conviction removed under the Illinois second chances law for first-time offenders.

"She feels very strongly, actually, that she is not culpable," said Don Morrison, Gliniewicz' defense attorney. "However, she took responsibility today for her actions to put this behind her."

Lake County Illinois State's Attorney Eric Rinehart said he expects the full weight of the law to fall on Gliniewicz at sentencing.

Meanwhile, residents of Fox Lake say they are ready for closure.

"I don't think there's any way you could be in the same house with somebody and not know that was going on," resident Jennifer Cowgill said.

In a written statement, Fox Lake Mayor Donny Schmit said: "We thank the State's Attorney for managing this through multiple appeals and reaching a resolution. This has been a trying time for us all. The village has come a long way and I also want to thank the residents of Fox Lake for their support and understanding as the State's Attorney worked through this legal process. We are pleased this is behind us. The village has no further comment."

Gliniewicz will be sentenced April 12 in an open hearing where prosecutors say even more evidence of culpability will be laid out.