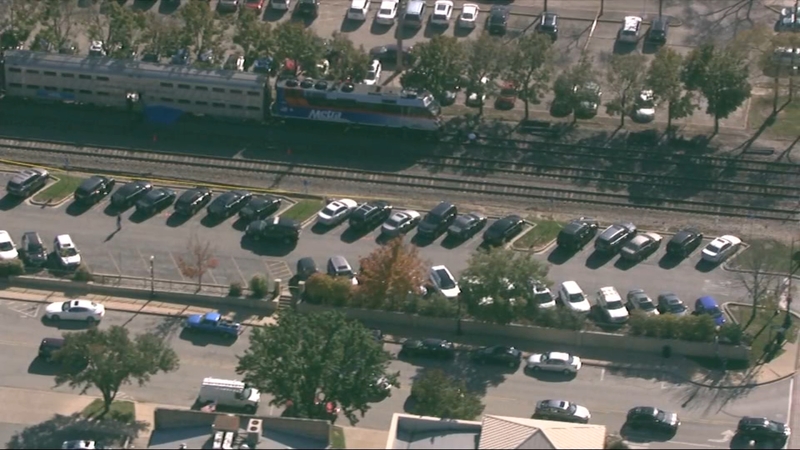 Metra BNSF trains halted in both directions after pedestrian struck

DOWNERS GROVE, Ill. (WLS) -- A person was killed after walking onto the Metra tracks and being struck by an inbound BNSF train on Monday, police said.

The person walked onto the tracks near Forest Avenue and Main Street and was struck by train No. 1266, which was traveling eastbound, according to Downers Grove police. The person was pronounced dead at the scene. The deceased had not yet been identified so police were not releasing any further information.

Inbound and outbound train movement was halted near Main Street in Downers Grove around 1 p.m. after inbound train No. 1266 struck a pedestrian, according to a Metra spokesperson.

That train was delayed by at least half an hour. Outbound trains started moving again around 2:15 p.m., some with a major delay. Inbound trains were still stopped at that time.