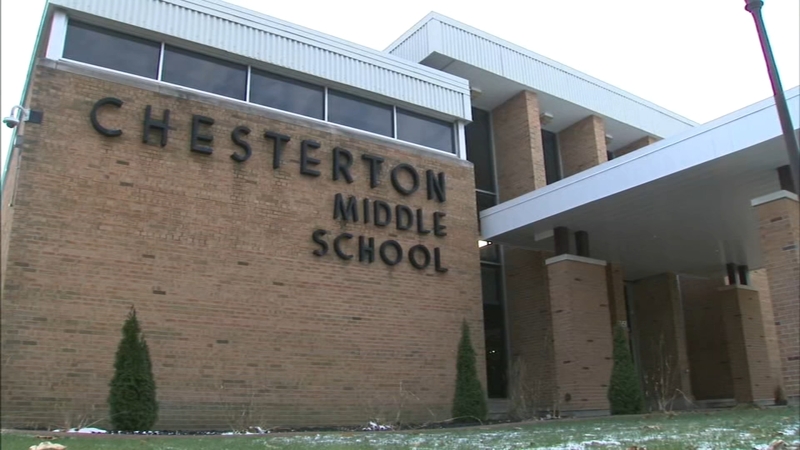 CHESTERTON, Ind. (WLS) -- A middle school teacher in Chesterton, Ind., is accused of sending inappropriate messages to a high school student on social media. The teacher has since been removed from the middle school where he taught.

The teacher has not been identified and no charges have yet been filed, but Tuesday school officials released a statement today that read, in part, "Duneland School Corporation took measures to immediately remove the teacher, who has since resigned, from the school and all school-related activities."

Parents questioned why it took so long for officials to reveal what was going on. They said they had to find out through their own children, as the rumor mill intensified over the last several days.

"It caused an awkward situation between children and parents," said parent Nic Bender. "To where, how do I effectively participate in a dialogue with sexual controversy at the school my child is at if I don't know what happened? Being that it's four days later there should have been a lot more done so I could participate to guide him through this."

Police said they hope to have the investigation completed by Tuesday night or Wednesday afternoon.