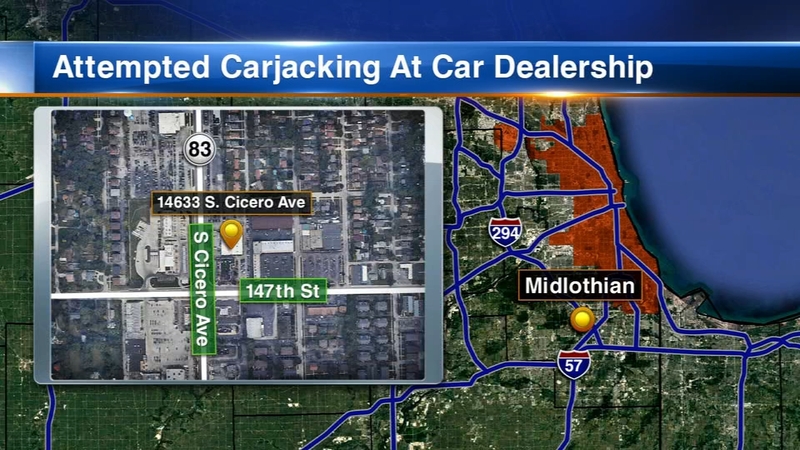 Midlothian police responded about 7:15 p.m. to the Bill Kay Ford at 14633 S. Cicero Ave. for a reported attempted carjacking.

Police were told a Dodge Durango pulled into the parking lot with four male suspects wearing masks inside. Two of them got out of the car with guns and broke a window on a customer's vehicle.

They got into the vehicle before an employee, who was armed, confronted the suspects, and they got out and drove away, north on Cicero in the Dodge Durango.

Midlothian detectives are actively investigating the incident. Anyone with information is asked to contact MPD at 708-385-2534.