Mummies return to The Field Museum 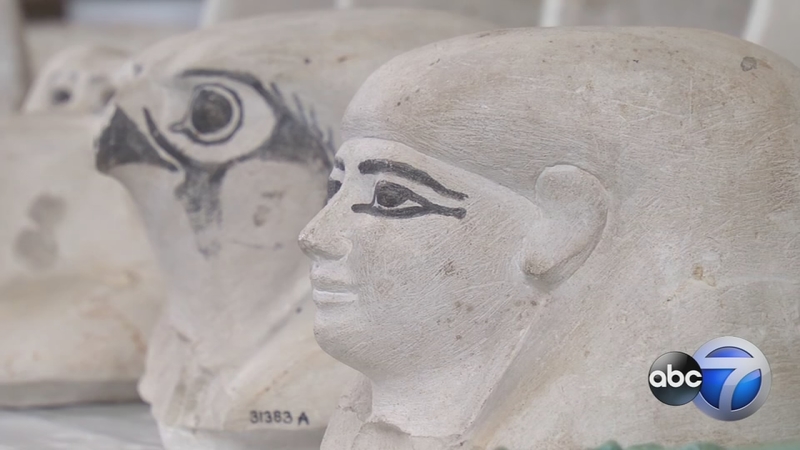 Mummies return to The Field Museum

CHICAGO (WLS) -- The Mummies exhibit returns home to the Field Museum in March after its national tour over the last two years. Visitors will see dozens of artifacts from both Egypt and Peru that Regenstein Conservator J.P. Brown sees as a reflection of humanity through "similar concerns about family and what's going to happen to you in the future that we have now and seeing how they responded to those concerns."

Brown displayed a sample of these pieces, Wednesday, including human mummies, burial tablets, afterlife servants and pieces you might not have seen in similar exhibits: animal mummies. Brown showed cats, birds, a crocodile and gazelle, explaining that they were "presented as offerings to a temple," in hopes of pleasing various gods.

Brown explained that this later Egyptian practice reflects social hierarchy. One cat mummy had no remains inside; something that Brown said was obvious just from lifting the specimen. He guesses this was a cheaper offering sold to poorer families.

Brown learned more about these cats and other pieces from CT Scans, which were performed on every mummy in the exhibit. He says this is a rare practice because the technology has only been available for about 15 years.

"We can look under the wrappings and see what's actually going on," said Brown.

Exhibit visitors will be able to examine the scans themselves on large touch screens at the museum, according to Brown.

"We're trying to make the gap between what we understand and what the public is able to know as small as we possibly can," he added.