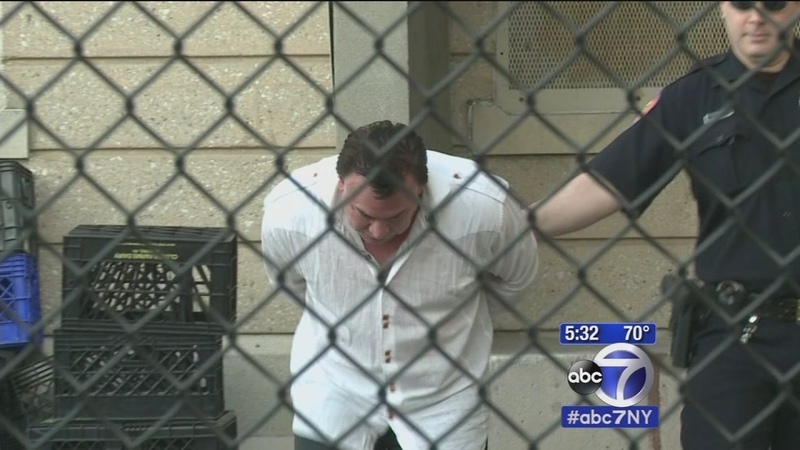 Officials say 54-year-old Anthony Moschetto, a cardiologist from Sands Point, had another doctor's office torched before hiring undercover officers to have him hurt or killed.

They say the payments included guns and prescriptions for controlled substances.

The Nassau County district attorney's office says investigators who went to his home in a wealthy neighborhood found a weapons cache in a secret room that was accessed through a motorized bookshelf. 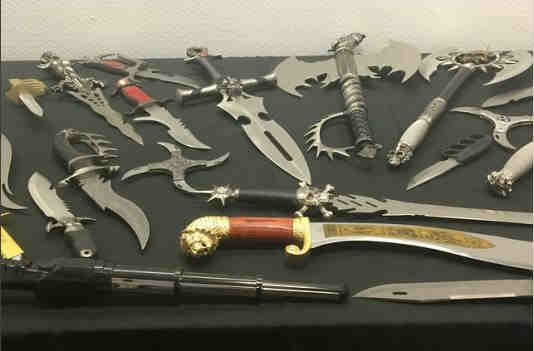 There were approximately 100 weapons, according to authorities, including a hand grenade, an AR-15 and an M1 Carbine, each with illegal high-capacity magazines.

James Chmela, 44, of Selden, and James Kalamaras, 41, of Suffolk County, were also arrested in connection with the scheme.

"What started as a routine investigation into the sale of prescription drugs revealed itself to be an even graver and more complex case with very serious allegations involving arson, assault weapons and even a murder plot," acting District Attorney Madeline Singas said. "Doctors are supposed to ensure the health and well-being of people, but Dr. Moschetto is alleged to have replaced that responsibility with brazen, callous and criminal acts."

The following details are all attributable to DA Singas:

The alleged murder-for-hire scheme was discovered when an undercover police investigation involving the purchase of Oxycodone pills led to the additional undercover purchases of heroin and two fully loaded assault weapons, as well as the seller's pursuit of dynamite for the purpose of blowing up a property.

During the course of the investigation, it was discovered that the assault weapons and prescriptions for the pills were originally acquired and transferred to the seller by Dr. Moschetto, who sought to pay for the arson of a fellow cardiologist's office, as well as the murder of the fellow cardiologist, partially through the illegal transfer of prescriptions and the weapons.

The case dates back to December 2014, when authorities say the first of six undercover drug buys from the seller, until March 2015, was conducted. During this period of time, the drugs sold to undercover detectives included 410 Oxycodone pills and 198 bags of heroin.

Chmela is alleged to have also taken part in the arson, with the fire believed to have been set on or around February 22. The fire damaged but did not destroy the office of another cardiologist, whose relationship with Dr. Moschetto had soured due to a professional dispute.

During one of the undercover drug buys, a conversation ensued about a Feb. 25 arson that detectives were subsequently able to link to Dr. Moschetto as ordering it, to Mr. Kalamaras as conducting it and Mr. Chmela as assisting in it. The arson damaged but did not destroy the office of the fellow cardiologist, whose relationship with Dr. Moschetto had soured due to a professional dispute.

As the investigation progressed, Dr. Moschetto gave a confidential informant and an undercover detective blank prescriptions and cash as payments, at one point for the assault and at another point for the murder, of the fellow cardiologist. At one point, Dr. Moschetto even asked for the assault of his victim's wife if she was present during the primary assault. At the time of Dr. Moschetto's arrest yesterday, his instruction had most recently reverted back to the commission of an assault against his victim.