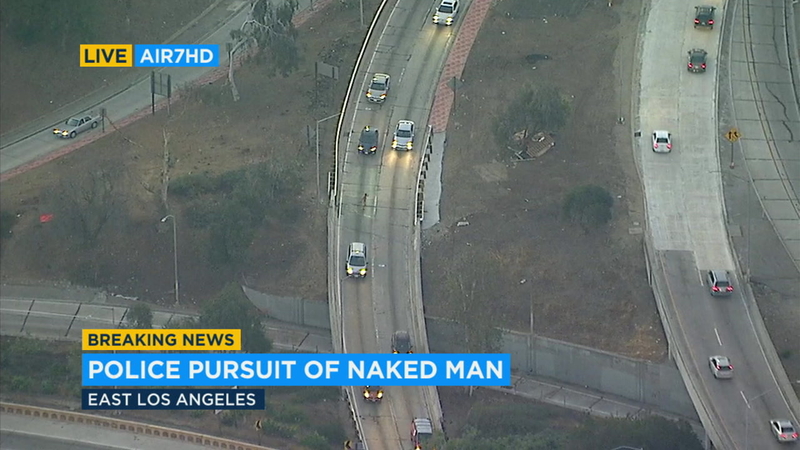 LOS ANGELES -- A vehicle chase developed into a foot pursuit Friday morning after a naked man abandoned a truck on a street in Los Angeles.

The pickup was reported stolen at 5:39 a.m. from the 1800 block of Seigneur Avenue, said Officer Rosario Herrera, a spokeswoman for the Los Angeles Police Department.

About 20 minutes later, at least three LAPD vehicles were seen chasing the truck as it made its way westbound on the 10 Freeway through Boyle Heights and onto the 101 Freeway.

The truck exited the 101 and continued on surface streets in downtown and then into East L.A. After driving into a cul-de-sac, the driver jumped out of the vehicle, hopped a fence and fled on foot.

The suspect ran through a neighborhood and across a freeway interchange before LAPD officers took him into custody about 15 minutes later in a wooded area between First and Gabriel Garcia Marquez streets.

His name was not immediately available.