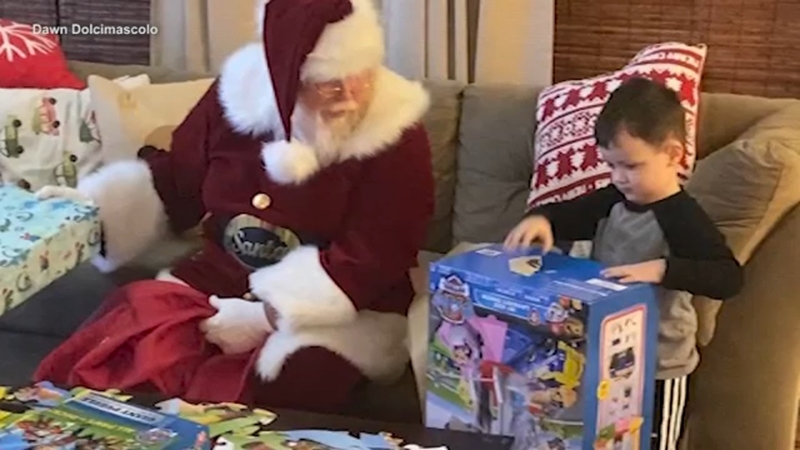 CHICAGO (WLS) -- During this season of giving, one West Suburban teenager raised hundreds of dollars to help families with children affected by cancer so they won't have to worry about paying for holiday gifts during the pandemic.

Four-year-old Samuel Dolcimascolo has been battling a rare form of leukemia for more than a year now.

"Samuel is going to be sedated for chemotherapy through his spine and then he's also going to receive IV chemotherapy," said Samuel's mom, Dawn Dolcimascolo, minutes before his next round of chemotherapy

Dolcimascolo stopped working to take care of her son, and the pandemic hit her family hard. But a few weeks ago, she received a message from one of Santa's helpers.

She took care of all of their gifts.

Hadley is also helping 14 other families.

And this year, Samuel is getting another surprise.

Santa Robert Oliver, who is also battling cancer, is stopping by in solidarity.

"Until you've been through it, you don't really know what it's like, and you know it's just brought us much closer together," said Santa Oliver, who met Samuel last year.

To Dawn, the love these two have shown means everything.