'Go back to their country:' Naperville Bucky's cashier fired after questioning customers' citizenship

WLS
NAPERVILLE, Ill. (WLS) -- A cashier no longer works at a Naperville gas station after a video showed him questioning Hispanic customers' citizenship.

The video went viral and drew protests to Bucky's Convenience Store. After a bike ride Tuesday, the Fernanda sisters, who are visiting from Mexico, and other relatives stopped at the gas station.

One of their cousins from Naperville, Indira Buitron, 15, went inside to buy a bag of chips. Indira said the male clerk looked at her family waiting outside and asked her if her Mexican cousins were legal.

On Wednesday, Bucky's released a statement saying"The comments of this associate are not reflective of the core values of Bucky's Convenience Stores. We are aware of the situation and are managing this personnel issue."

Thursday morning, Bucky's said that the cashier no longer works for them.

The Naperville Police Department is investigating the incident. They released a statement regarding the incident:
"The Naperville Police Department has reviewed the social media video of an incident that occurred at the Bucky's Gas Station located at 1576 S. Washington St. in Naperville. We will continue to investigate the matter as well as monitor any related activities occurring in Naperville."
Report a correction or typo
Related topics:
napervillediscriminationracism
Copyright © 2020 WLS-TV. All Rights Reserved.
RELATED 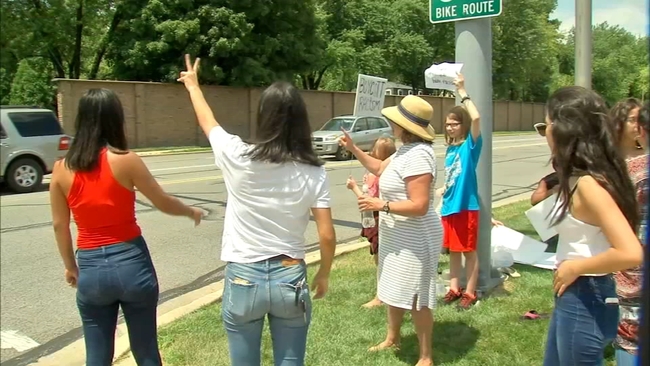