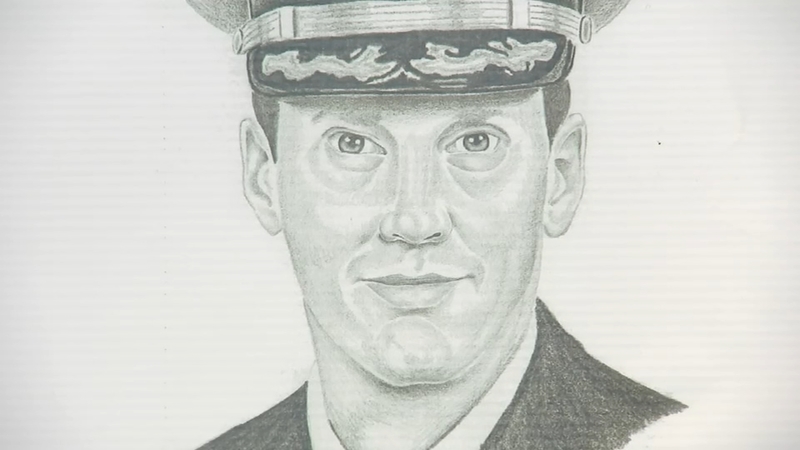 NAPERVILLE, Ill. (WLS) -- There are detailed black and white drawings at a Naperville library of every Illinois military service member who has died since 9/11.

There are drawings of 300, including 11 from Naperville.

"When I look at Tony, I see him running up and down the street in the neighborhood with all the kids playing," said Jane Brueggemann, a Naperville resident.

Remembering when Anthony Mihalo was a young boy in her neighborhood, Brueggeeman came to see the drawing of the fallen Marine and another local service member. The "Portrait of a Soldier" exhibit is on display beginning Sunday at Naperville's 95th Street library.

"When you look at even just one of them, the amount work that went into it is really touching," said Naperville City Councilman Ian Holzhauer.

The project began years ago when a Mattoon Illinois artist drew his first portrait of solider who died in his hometown. The first copy of each portrait has been given to the family of fallen service members.

The exhibit has brought back emotions for State Rep. Stephanie Kifowit, D-Auroa. She served in as a Marine and her son now serves in the Navy.

"You always fear getting that call," said Kifowit. "My heart goes out to all the gold star moms out there."

But Kifowit and others hope residents without family members in the military will take the time to stop by.

"I hope everybody sees individuals and real people," Brueggeeman said.

Viewers can look at the faces and appreciate the ultimate sacrifice each person made.

"I hope they realize who much sacrifice people in our generation have made for our country I think sometimes it's forgotten," Holzhauer said. "People forget there have been wars going on for the past 20 years."