3 charged in death of girl, 4, allegedly shot over mom's purse

KTRK
By Jessica Willey
HARRIS COUNTY, Texas -- The three men who were charged with shooting and killing a 4-year-old girl were in court Monday morning.

It's the first time the faces of the teens charged with capital murder were seen.

Their hands and feet were shackled. Battles wore a yellow jumpsuit and the two others were in orange.

If they understood the severity of the capital murder charges, none of them showed it.

"The shot to the 4-year-old was in the head," said Angela Weltin, prosecutor for the case. "A gun shooting at the head of a child is indicative of intent."

Investigators revealing new details about what happened that night.

They believe Dardar pulled the trigger. He had been out on bond for aggravated robbery.

Prosecutors say Miller was the lookout guy and Battles was the one who drove the group to the apartment complex.

"We intend to show that he (Battles) was the driver of the stolen vehicle that was watching what to look for and pray on the victim in this case, selecting her," Weltin said.

"Her," meaning Diana Gomez. Gomez had just gotten home with her two little girls. Police say the three men tried to rob Gomez, then shot her, her 10-year-old daughter and little Ava. Ava was the only who didn't survive.

"My prayers go out to this family," Weltin said. "There is no rest or relief for this mother or for this family."

Prosecutors say these men are linked to several other dangerous robberies.

They say both Battles and Dardar admitted to being part of this robbery, but neither of them has confessed to shooting Ava.

Last week, Battles was in court for a separate capital murder that happened November 7th.

He's charged with shooting and killing Ignacio Ortega, 62, one week before trying to rob Ava's family.

Earlier this week, detectives talked to two people who they believed to be connected to Castillo's death. 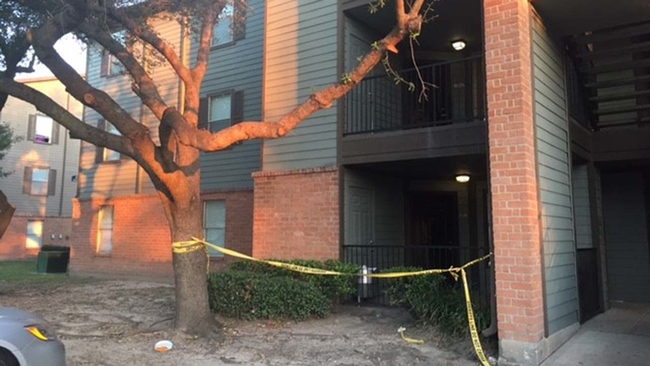