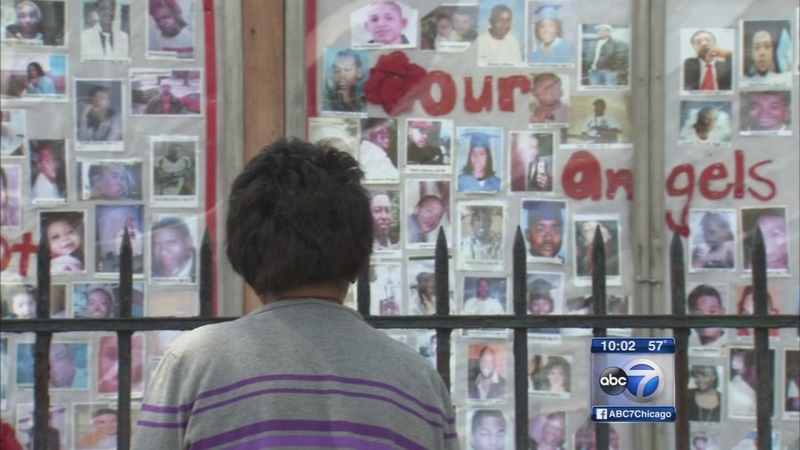 CHICAGO (WLS) -- The violence plaguing Chicago did not stop this Mother's Day weekend. At least 49 people were shot and seven died over the last three days in locations all over the city.

Community members spoke out against the violence on a weekend when mothers are supposed to be spending time with their children, not saying goodbye.

On Friday, mothers who lost children to violence pleaded for calm over the weekend, but their pleas seemed to fall on deaf ears. Community activist Andrew Holmes is outraged by the all-too-familiar crime stats.

"It is tough on a mother. She carried that child nine months and to lose that child within a matter of seconds at the hand of another individual. That is a tough burden," he said.

Holmes and other community members working to stop the bloodshed gathered Sunday near Mt. Hope Cemetery, a place they say many grieving mothers spent the day remembering children killed on city streets.

"If you look over there, that place was so packed it looked like a drive-thru," said Michael Airhart, CEO of All Kids Matter.

They want to make mothers aware of community programs available for children aimed at keeping young people away from a deadly cycle of violence.

"It shouldn't be that way, all over gang activity. They only going off what happened in the past. They have fathers that have been through the same thing. Me myself, I had my taste of being in a gang until I realized the gang didn't love me," said Airhart.

Holmes says there are community programs, parents just need to take advantage of them.