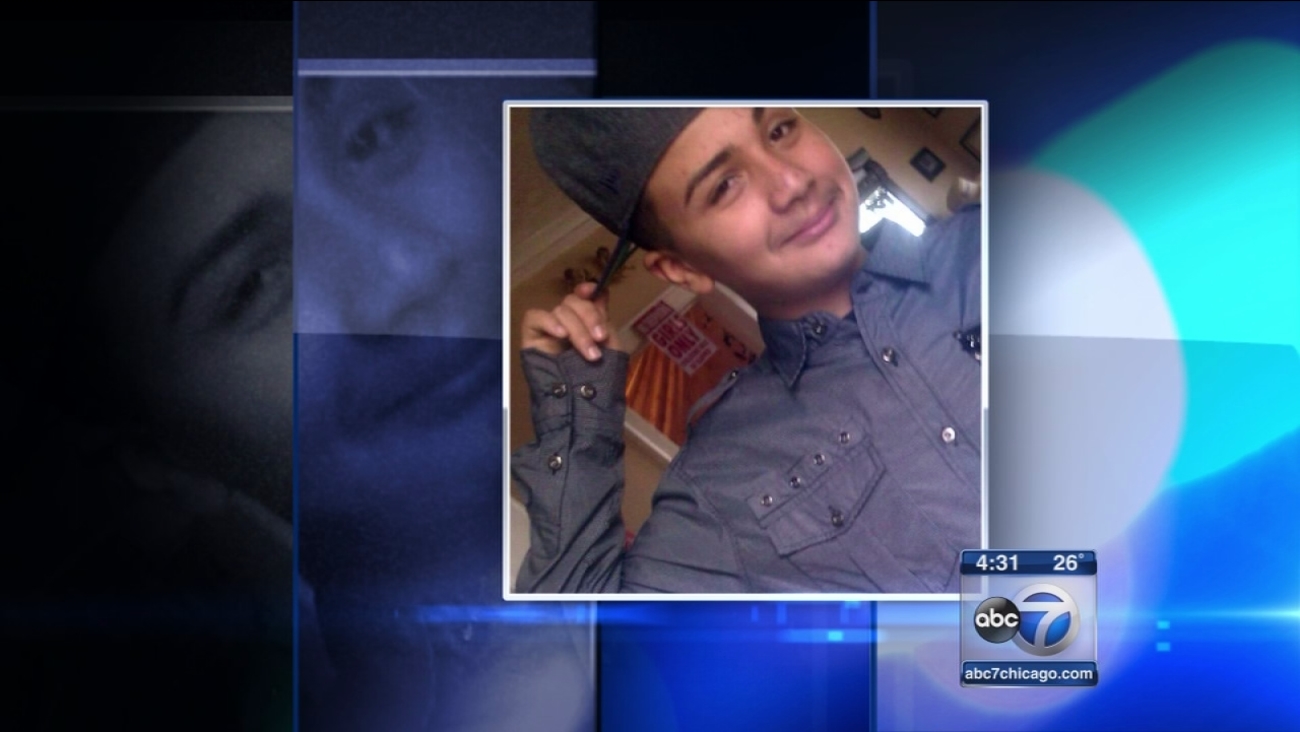 Anthony Diaz, 13, died after he was shot on Chicago's Northwest Side. His family said it all started with a Facebook post. (WLS)

CHICAGO (WLS) -- Anthony Diaz, 13, died after he was shot on Chicago's Northwest Side. His family said it all started with a Facebook post.

Family members said Diaz and his two older sisters, ages 15 and 17, snuck out of their home in Chicago's Belmont Cragin neighborhood around 10:30 p.m. Sunday. They said he went to back them up in a fight with some other girls over disrespectful comments made over a neighborhood gang.

"She was dissing our gang. We came, we fought. They just got out of hand. They jumped all of us and they ended up shooting my brother," Jennifer Sosa said.

Police said the 13-year-old boy was walking in a group near the intersection of West Grand Avenue and North McVicker Avenue when someone opened fire, wounding Diaz in the chest.

The victim's stepfather, Ralph Otero, got a call from the boy's sister, saying Diaz had been shot. The boy was taken to Mount Sinai Hospital, where he later died.

"He had good grades. He never gave us any headaches. He was not a troubled kid," Otero said of his stepson, a Burbank Elementary student.

"He was a handsome kid. Very smart. I love him with all my heart, I don't know what I'm going to do without him," said Laura Otero, the victim's mother.

Ortero says the Department of Children and Family Services took three of the family's teenage girls away Monday morning.

Otero said the family just moved to the neighborhood in November from an area near North Kostner Avenue and West Armitage Avenue so they could live a safer life. Diaz's sister told ABC7 Eyewitness News that the fight just wasn't worth it.

"I'm speaking on behalf of Anthony with the family's permission and Anthony wasn't gang-related," said Irma Cornier, a family friend. "Anthony was a good kid. He was an honorable kid."

A principal at Burbank Elementary School said Diaz had just transferred in a few weeks ago, but described him Monday as "a pretty bright child."

A vigil was held Monday night at the corner of Grand and McVicker where Diaz lost his life. The family is urging the shooter to surrender to police.

Police are investigating what started the fight. They said the boy recorded the altercation on his cell phone, but it's unclear what that recording shows. No one is in custody.