Griffith basketball team back on the court after surviving bus crash 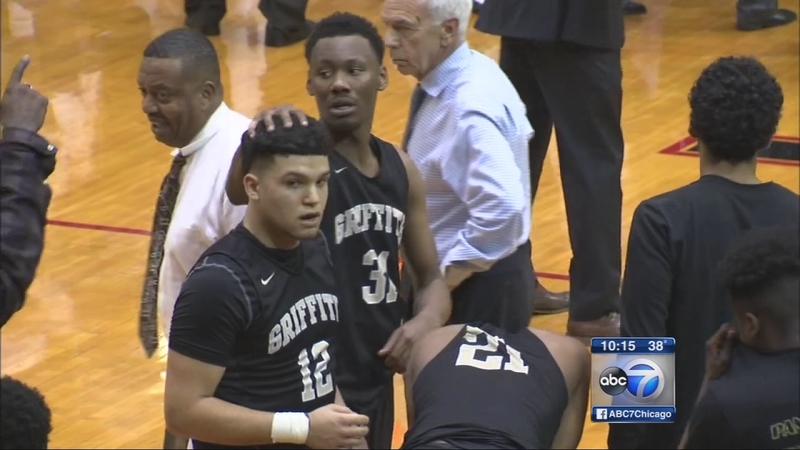 LAFAYETTE, Ind. (WLS) -- The Griffith High School boys' basketball team finally faced off against Marion in the state semi-final game after surviving a roll-over bus crash on March 19. the Panthers lost to Marion 58-60. It wasn't the outcome they had hoped for.

"After all they have been through they deserved to win tonight," said cheerleader Kaelynn Church.

"I am proud that they all came out here and stuck it out," said player parent Terry Mack. "I am not too happy about the result."

Fans can only imagine what could have been if the team was 100 percent, but in the end the final score doesn't really matter much after what they've been through.

"As you can see, the character of our kids is unbelievable," said Griffith Athletic Director Stacy Adams. "They showed great sportsmanship."

"We have made it this far so even with everything that happened we are still winning in our heart," said cheerleader Alexia Smith.

Earlier Wednesday, surrounded by cheers, the Griffith High School boys basketball team boarded a bus to game in Lafayette with a police escort. The team survived the rollover crash with only minor injuries.

"I was actually in the van behind the bus when it happened so we saw what happened. Just fear, every emotion that you can think of all comes to you at once," Lasawn Green, whose son survived the rash.

Investigators say the wreck was caused by a driver who sideswiped the bus with her car after spilling a drink on I-65 near Demotte.

The only person who remained in the hospital is the freshman coach. He cheered them on from afar.

Their story now is not only an inspiration to the Griffith community but also to the nation in desperate need of some good news.

"The outpouring of support and care for kids has just been tremendous," said Superintendent Peter Morikis 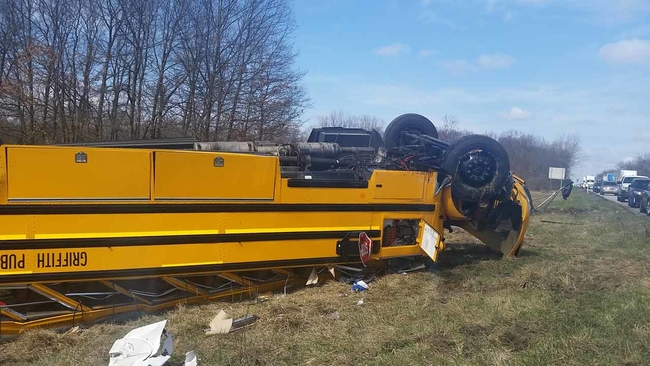 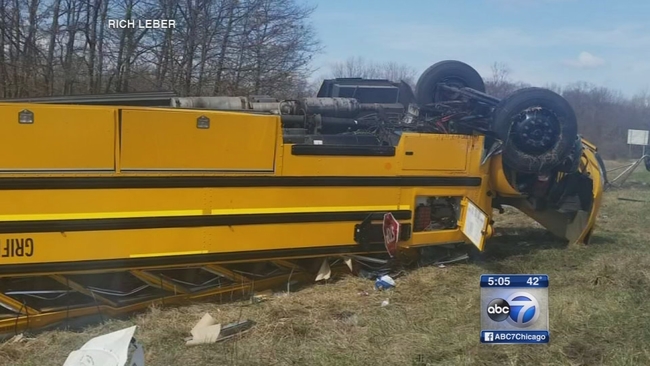