ABC7 I-Team Exclusive
WLS
By Chuck Goudie, Ann Pistone and Barb Markoff
LANSING, Ill. (WLS) -- The man accused of kidnapping, raping and setting a south suburban woman on fire last week had a history of violence and was part of a church transition program for ex-cons.

Carleous "Mad Dog" Clay is charged in a horrendous kidnapping after authorities said he lived up to that nickname while part of a church transitional program for ex-cons.

Clay - who lives in a church-rented home in south suburban Lansing - is now accused of attacking a woman who lived a few blocks away. It has angered a community and is raising questions about why he was there.

Last weekend, authorities say a surveillance camera captured an image of Clay - driving the victim's car as she was locked in the trunk - at her bank taking money from an ATM.

The I-Team has learned that Clay had been at Danville Correctional Center until his parole last December. He moved to Lansing and was living in a home rented by the Oak Glen United Reformed Church.

Authorities said a week ago, he tried to burglarize the home of a woman who lived three blocks away. Police said the 53-year-old homeowner surprised Clay, who attacked her with a hammer and kidnapped her.

"As a community we are outraged, we don't want this individual in our community. We are going to work to fine tune this process so that something like this cannot happen again in Lansing," said Fabian Newman, a spokesman for Lansing, Illinois.

After sexually assaulting the victim and setting her legs on fire, Clay was arrested Sunday in Holland, Mich., after police found the victim's car abandoned at an apartment complex.

"I honked the horn, he looked at me once, I noticed he had something in his hand, I had a gut feeling something wasn't right," said J.R. Robinson, arrest witness. "He kept trying to hide his face; that's what spooked me about it."

Clay had a long record in Michigan, including a 2009 armed robbery in Grand Rapids when he shot a man in the head. The victim survived.

Now, a fundraising effort is underway for the most recent victim and a community is demanding answers.

"This individual pulled the wool over a lot of individual's eyes apparently. But this is devastating," Newman said.

Clay had been sentenced to 11 years at the Danville prison. He served five when he was paroled.

Video statement about attack by ex-con from Village of Lansing


Statement from church:
We at Oak Glen United Reformed Church are deeply grieved for and our hearts go out to the victim, the family and loved ones affected by the recent heinous crimes of violence. In Jesus Christ, we pray to our Heavenly Father for her healing and recovery from the terrible injuries inflicted upon her. We desire and intend to reach out to her with expressions of support and care.
The man charged with these crimes is a former prisoner who, after several years of Christian discipleship and education while incarcerated, was paroled by the State of Illinois, joined our fellowship, confessed faith in Jesus Christ, and received from us benevolent assistance and pastoral care as he transitioned from prison to civilian life.
We are greatly saddened that he has been charged with actions that represent a shocking betrayal of our expressions of Christian mercy and acceptance. We pray that appropriate justice is done in this case.
Finally, we testify that Jesus Christ, who heals the afflicted and welcomes sinners, is the only remedy for man's wickedness. We also look to him as the one who provides ultimate justice, true peace, reconciliation with God and man, and who alone can heal all wounds.
"Now may the Lord of peace himself give you peace at all times in every way. The Lord be with you all."
II Thessalonians 3:16

Statement from prison officials:
The Illinois Department of Corrections "cannot comment on the specifics of the case involving suspect Carleous Clay. I can confirm that he was admitted into IDOC custody on July 8th, 2009. He was serving an 11 year sentence for Attempted Armed Robbery. He was released to mandatory supervised release from Danville Correctional Center on December 12, 2014." - Nicole Wilson, spokesperson IDOC 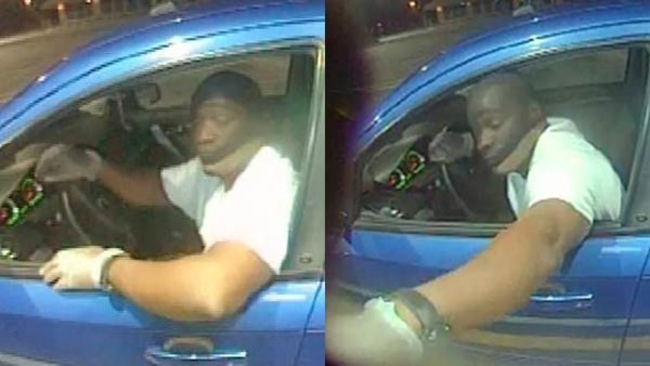 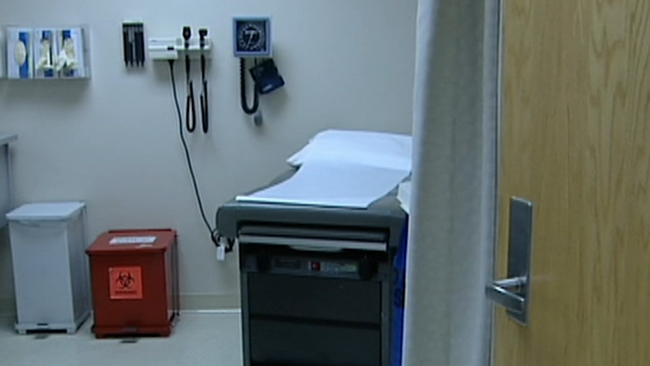