WLS
By Jessica D'Onofrio
CHICAGO (WLS) -- It happened again. This time, a car dealership in west suburban Villa Park was broken into. Several luxury cars were driven off the lot Monday night.

This is the third week in a row thieves have pulled off this kind of crime. Chuck Pickerill, the manager of Lucky Motors, said they were in and out of the building in a matter of minutes.

"We have them on camera, but they're all covered up. You can't see them," Pickerill said. "Ten minutes. Less than 10 minutes. Very organized. Very clean. In and out."

Pickerill said five people broke into the dealership at 225 West Roosevelt Road through a set of overhead doors around 9 p.m. Monday. They got away with five cars, including a Bentley, a Mercedes, a Jaguar, a Volvo and a Honda.

As of 6 a.m. Tuesday, two of the cars had been located. Police said one of the cars was recovered in Oak Brook Terrace, while a second car was recovered after a crash on Chicago's West Side. Those cars were processed for evidence.

Investigators are working to determine if this heist is related to similar dealership thefts in north suburban Evanston and Chicago.

Last week, several people broke into the Goose Island Perillo BMW dealership on the city's North Side and drove at least four BMW's off the lot. Police found the cars abandoned about a mile away.

The week before, five luxury cars were stolen from the Autobarn Mazda dealership in Evanston. Some of those cars were also found abandoned in Chicago.
Related topics:
villa parkbentleyvolvohondastolen carluxury vehiclesmercedes benzjaguar
Copyright © 2021 WLS-TV. All Rights Reserved.
RELATED 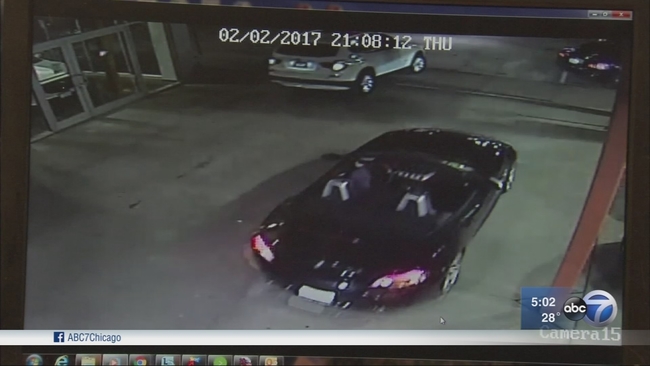