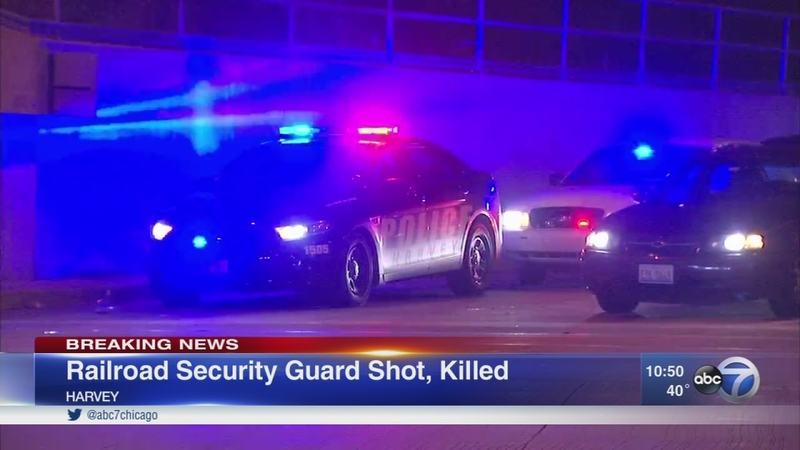 HARVEY, Ill. (WLS) -- Police are searching for a man who shot and killed a security guard who worked for the Canadian National Railroad and stole two vehicles Saturday evening in south suburban Harvey.

Investigators say around 7 p.m., a Harvey resident called police and said her car was stolen. The victim saw the suspect in another vehicle. The suspect ran out of that car and up onto the railroad tracks. That is where he came into contact with a railroad security officer.

Police say he shot more than a dozen shots and the security officer was hit in the stomach. He was was taken to South Suburban Hospital where he was pronounced dead.

The shooter stole the officer's vehicle but then abandoned it in the 100-block of 171st Street, according to Harvey spokesperson Sean Howard.

The man was seen wearing a black sweatshirt and blue jeans, said Howard. Harvey police and other agencies are conducting a manhunt for the man who is considered armed and dangerous.