WLS
By Evelyn Holmes
CHICAGO (WLS) -- An 18-year-old was fatally shot in Humboldt Park in what has been a violent weekend in the neighborhood despite festivals and parades.

The neighborhood has seen three shootings since Saturday, including a brazen daytime shooting.

Investigators say Chad Harris, of Chicago, was walking in the 4200-block of West Division Street when he was shot around 11:15 p.m. Saturday. Police say a gunman walked up to Harris and opened fire, striking him in the chest. He died at the scene.

Several hours earlier, just as the Puerto Rican People's Parade was ending, a daytime shooting was caught on camera. The shooting occurred late Saturday afternoon as crowds were still gathering in the 2600-block of West Division. One of the individuals suffered a gunshot wound to the leg. Police say that the incident was possibly gang-related.

Late Saturday night, a woman was also injured in a drive-by shooting as she was walking in the 1200-block of North Maplewood. The 35-year-old woman said she was walking when someone drove up and opened fire, hitting her in the ankle. She was treated at an area hospital.

Police say no arrests have been made in connection with these incidents.
Related topics:
humboldt parkchicago shootingdrive by shooting
Copyright © 2020 WLS-TV. All Rights Reserved.
RELATED 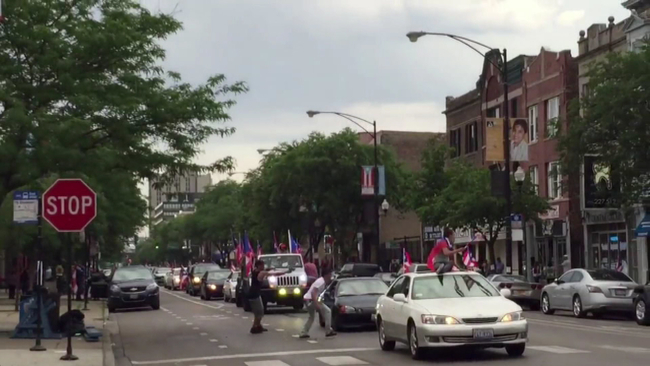