Wallet stolen out of purse at River North restaurant 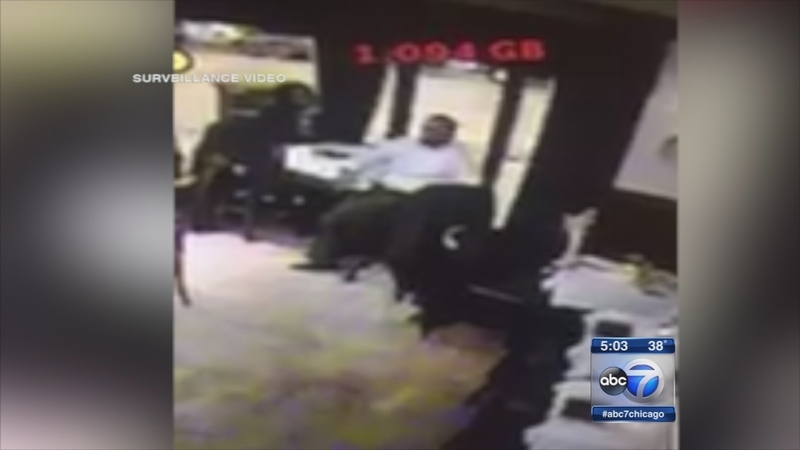 Wallet stolen at Piccolo Sogno Due

CHICAGO (WLS) -- A woman is speaking out after her wallet was stolen out of her purse by fellow patrons at Piccolo Sogno Due in River North. The theft was caught on the restaurant's surveillance video.

"These people are quick," said the victim, who did not want to be identified.

She says she stopped for a bite to eat with a friend Wednesday night.

"About 30 minutes into the meal a couple sat down behind me," she says. "When they arrived, they had specifically asked to sit behind us which was strange because I think we were the only patrons."

Her purse, hanging on the back of her chair, is apparently the reason that table was requested. The victim says the male suspect used his coat to cover her chair as he dug through her purse for her wallet and the woman he was with helped disguise what he was doing.

"I really did not notice anything," she said.

But shortly after the couple left, the victim said her bank contacted her.

"I got a couple of texts from my bank saying were you making this outrageous purchases," she said. Thousands of dollars had been charged to her credit card.

"You can tell that that is that they something done in the past," she said. "That is really why I want to talk about it, because I fear it's going to happened again and I just don't want this to happen to somebody else."

It's an expensive lesson learned while dining out.

"I would just say be careful where you put your belongings. I, from now on. will have my purse in front of me," she said.

The victim says the restaurant has been extremely cooperative. Piccolo Sogno Due say they take serious the well-being of their patrons and are cooperating with police to resolve the incident.