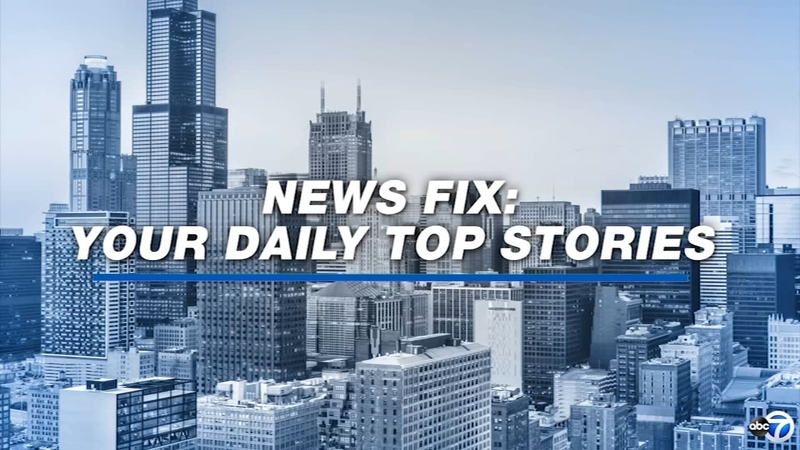 To celebrate, the Chicago History Museum is hosting a free event that highlights the city's rich heritage with family-fun festivities, performances and birthday treats.

A highlight is a new virtual reality experience that takes you to the 1893 World's Fair including the first Ferris wheel.

The patient being treated at the University of Chicago Medical Center for suspected coronavirus has tested negative for COVID-19, hospital staff said.

The patient was admitted Monday night. Doctors released lab results from the Illinois Department of Public Health at about 8:30 p.m.

The patient was in isolation while being treated by a team of specially-trained workers, hospital officials said.

As the concern grows here in Illinois, health officials said they can currently test more than a million samples at a time.

So far, there have been 9 confirmed COVID-19 deaths in the United States, all in the state of Washington.

Joe Biden had a strong showing at the polls.

The former VP snatched the most states, with a total of nine wins, as he took Texas, Massachusetts, Minnesota, Arkansas, Alabama, Oklahoma, Tennessee and the battleground states of North Carolina and Virginia, according to ABC News projections.

We are still waiting official results out of California but Bernie Sanders is currently in the lead.

Tuesday night, he sent out a slew of tweets taunting the democratic candidate. One tweet saying in part, "The biggest loser tonight, by far, is Mini Mike Bloomberg. His political consultants took him for a ride. $700 million washed down the drain and he got nothing for it but the nickname Mini Mike."

Wednesday morning, Bloomberg announced he would be suspending his 2020 presidential campaign.

Bloomberg said disappointing Super Tuesday results combined with the goal of defeating President Donald Trump in the 2020 race led to his decision to leave the race.