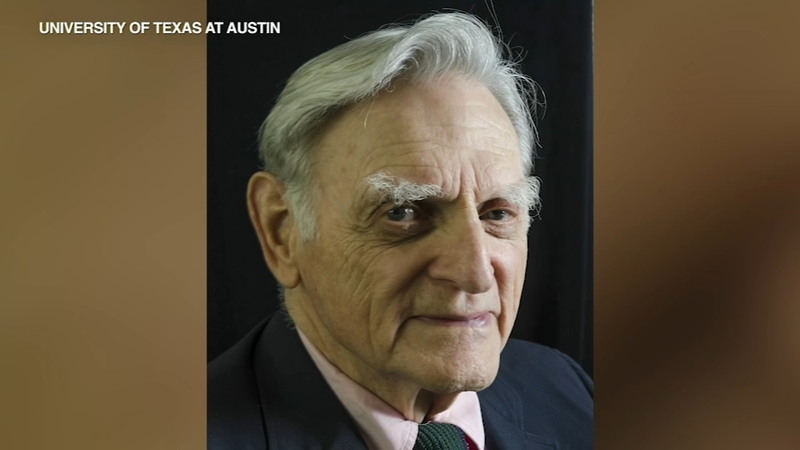 CHICAGO (WLS) -- A University of Chicago alumnus is among three scientists who won the Nobel Prize in Chemistry on Wednesday for their work developing lithium-ion batteries, which power the symbols of modern life - cellphones and electric cars.

The batteries have helped reduced the world's reliance on fossil fuels that contribute to global warming.

Goodenough, a University of Chicago alumnus, is the oldest person to ever win a Nobel Prize.

Goodenough, Whittingham and Yoshino each had a set of unique breakthroughs that cumulatively laid the foundation for the development of a commercial rechargeable battery.

Goodenough spoke to reporters by phone from London on Wednesday.

"I am very appreciative to anybody and everybody who has made this day so eventful," he said.

The chemist will accept his Nobel Prize in Oslo.

At his alma mater in Chicago, home to pioneering breakthroughs down through the years, his students look to Goodenough as the father of modern battery science.

His specialty? The positive terminal.

"He made new materials that can work at a higher voltage, meaning more power so they can actually power those cell phones," said Shrayesh Patel, an assistant professor of molecular engineering at the University of Chicago. "Also, he said we can actually store more energy in those materials as well."

Patel is a member of the Joint Center for Energy Storage Research, which works in connection with the federal Argonne National Laboratory outside of Chicago.

He said Goodenough had the insight to make use of lightweight lithium in the early '90's, which led to the development of stability in batteries that previously had a tendency to blow up.

"He had the physicist background, but as he built his career, he went more towards the chemistry and material side or middle and that was really fundamental science, really understanding how these materials Interact," Patel said. "He was key to developing that for the lithium-ion battery."

He said the professor's work has laid the groundwork for taking these small batteries into different applications, and perhaps harnessing solar power once and for all as the technological answer to combating the effects of climate change.

"To make the next generation materials for higher density battery, we need that basic science research to discover new materials," Patel said.

Back in London, Goodenough sees his batteries powering a renewable energy future.

The Nobel Committee said Goodenough and his colleagues have laid the foundation for a wireless fossil fuel-free society. The three winners will share the prize of $9 million Swedish kronor, which is the equivalent of about $910,000 dollars.