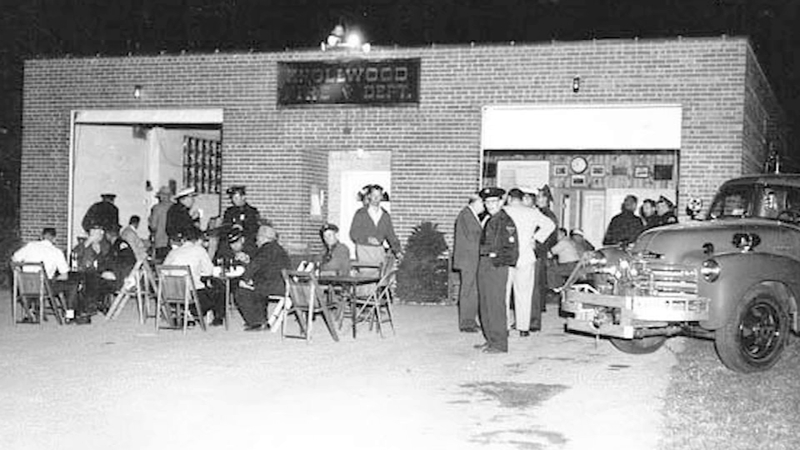 CHICAGO (WLS) -- A year and a half after the ABC7 I-Team reported on the distress of a small, financially-strapped North Shore fire department, the agency has been extinguished.

The Knollwood Fire Department closed officially this month and has been absorbed by suburban Libertyville and Lake Forest. Knollwood's fire house is shuttered and equipment is being sold as surplus.

Knollwood, part of the Rockland Fire Protection District, was a volunteer department founded in the 1940's largely by returning veterans of World War II. Back then it served less than 5,000 people according to a history of the department and covered an area less than one square mile.

By 2018 the service area population had dropped to about 1,800 residents, but the planned closing of Knollwood fractured a community and created bitter discontent between neighbors.

Now Lake Forest is also considering purchasing some of Knollwood's firefighting assets that sit in the closed-down facility. Authorities at the old and new departments have said that consolidation was aimed at saving tax funds and improving services.
In May, 2017 the I-Team began looking into allegations of misuse of public property when we were given pictures of a toddler's birthday party held inside Knollwood's firehouse. When we learned of plans for a department shutdown and consolidation, our focus quickly turned to questions of public safety and public spending--and a community divided.

"We can't just keep giving, giving, giving as taxpayers. I live in Knollwood and I pay more in taxes than my brother in incorporated Lake Forest," said resident David Fontana at the time.

The annual taxpayer tab to operate Knollwood fire department was about $650,000, making the cost-per-call hefty.

"Probably around 600 calls a year," said Knollwood chief John Harlow. Chief Harlow told the I-Team that half of those calls are backup calls for surrounding communities, each call costing more than $1,000.

As neighbors debated shutdown plans, the projected taxpayer savings of about $300,000 per year didn't matter to some. "Don't Close Knollwood Fire" signs were scattered around town. But now the fight is over.