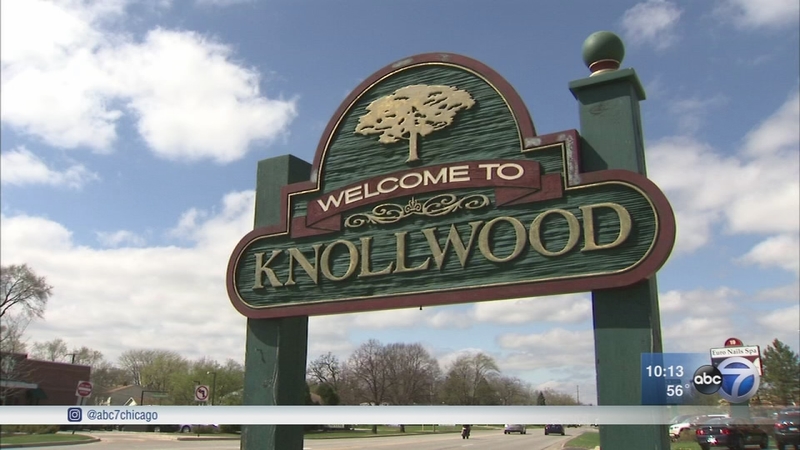 KNOLLWOOD, Ill. (WLS) -- The I-Team investigates questions about safety and savings for some north suburban taxpayers as a small North Shore fire department is dealing with the possibility of disbanding to cut costs.

When the I-Team was told about a toddler's birthday party inside a suburban firehouse, they thought it would be an investigation of possible misuse of public property. What they uncovered instead were questions of public safety and public spending, and a community divided.

"We can't just keep giving, giving, giving as taxpayers. I live in Knollwood and I pay more in taxes than my brother in incorporated Lake Forest," said David Fontana, resident.

The Rockland Fire Protection District (RFPD) covers less than one square mile, servicing about 2,000 residents in Knollwood and a subdivision in Lake Bluff.

Every year, $650,000 of taxpayer money is used to run the Knollwood Fire Department, the only firehouse in the Rockland Fire Protection District. John Harlow is its chief.

Chief Harlow said half of those calls are backup calls for surrounding communities, each call costing more than $1,000.

"We all rely on each other. If you remove this department from the response continuum it's kind of a domino effect," Harlow said.

Knollwood is a volunteer department but they do pay three people per shift to be at the firehouse in case there is a call.

"Pay guys to sit there all day when it's supposed to be a volunteer fire department. That all costs money," Fontana said.

Grum was a career firefighter who retired as the deputy chief of the Lake Forest Fire Department.

"We have reached out to all of our neighboring communities, Lake Forest, Libertyville, someone that might be interested in a proposal to see if we are truly getting the best bang for the buck," Grum said.

Residents packed the firehouse in January to hear a proposal from Libertyville about taking over firefighting services for Knollwood.

"They did come to us with a proposal to take over all services. That would mean that the fire department would be shut down, we would vacate the building, we would sell the equipment and all of the members would go away," said Karl Snoblin, RFPD President and Trustee.

That plan could save Knollwood taxpayers about $300,000 a year.

"The whole fire department issue is very emotionally charged around here, and it shouldn't be," Dan Rogers, RFPD trustee, said.

Internal emails obtained by the I-Team show infighting on the board and harsh words regarding an elaborate birthday party recently held for a 3-year-old at the firehouse. At least two of the three trustees said they had no idea the department hosted such parties.

"I certainly think that any kind of event like that in our building, that the board should be aware of it," Grum said.

"I'm not opposed to any activity at that fire department if the board as a whole votes to approve it," Rogers said.

If a neighboring town takes over fire service, some said they would welcome a more professional department.

"I certainly think a full-time department could possibly be a better situation than a volunteer department," said Grum.

"Minutes count when someone's not breathing. It's a necessity to keep this department in place to get those paramedics there quickly," argued Harlow.

"Nobody wants change but there comes a time when you have to change," Fontana said.

Libertyville already provides ambulance service for Knollwood but no decision has been made about whether fire services will also be consolidated.