Call for more police presence in Oak Park after carjackings 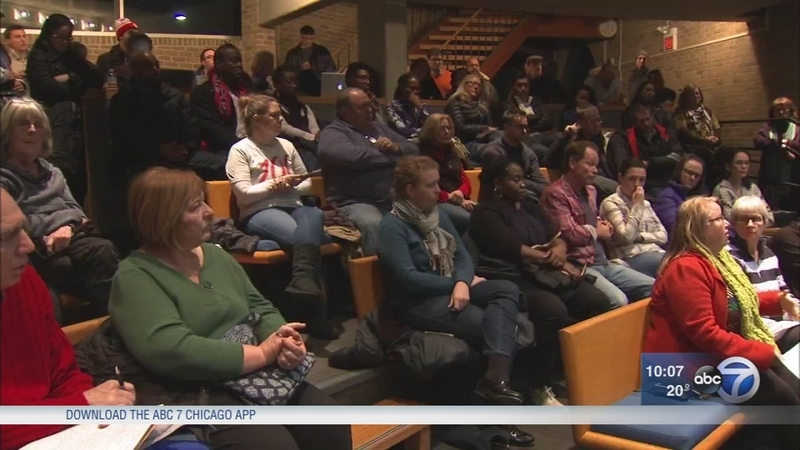 OAK PARK, Ill. (WLS) -- A string of suburban carjackings has triggered a call for more police presence in Oak Park.

Oak Park Police got an earful Thursday night at a meeting that drew a standing-room-only crowd. Now, a Cook County Board commissioner wants the Cook County Sheriff's Department involved.

"We've put ten new officers on the streets, and the crime's gotten worse. What else are you doing?" one resident asked.

"This is frustrating for us. This is our home. You're family to us," said Chief Anthony Ambrose, Oak Park Police Department.

The meeting comes after a series of armed carjackings and attempts since last week. At least three of them have occurred in Oak Park.

One victim was a mother with a toddler in the backseat.

"'I have a daughter inside my car. Can I just please get her out first?' And then when I said that, they just... you know, they're like it's not worth it," the victim said.

"As you guys have noticed on the news, it's all over the region. This is not an Oak Park problem. This is a Chicagoland problem," said Deputy Chief LaDon Reynolds, Oak Park Police Department.

Officials say they've increased patrols and the number of detectives working on the cases.

"Tomorrow I'm going to make a request of Sheriff Tom Dart that he increase his patrols in the Oak Park community. What I heard here tonight is a lot of pain, a lot of fear," Boykin said.

"People are involved. People love our community. We love our neighborhoods, and we want to support our law enforcement," said Ben Bottorff, Oak Park resident.