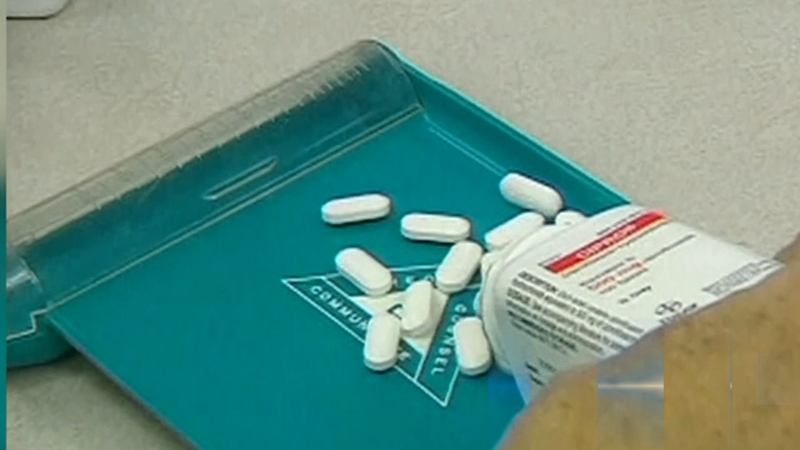 For adults with chronic pain, opioids offer narrow improvements over a placebo for pain and physical functioning, on average, according to a new analysis published Tuesday. And the majority of patients will experience no meaningful benefit.

Those benefits also tend to decrease over time and come with the risk of side effects such as vomiting and constipation, according to the review of nearly 100 randomized trials published in the Journal of the American Medical Association. Down the line, risks may include physical dependence and overdose.

"The benefits of opioids for managing chronic pain tend to be quite modest," said study author Jason Busse, associate professor in the department of anesthesia at McMaster University's school of medicine in Ontario, Canada.

Subgroups of the studies included in the analysis suggest that non-opioid alternatives -- such as NSAIDs, certain antidepressants and medical cannabis -- may offer similar benefits to opioids on average. But the evidence for that is less strong, Busse said.

The analysis comes as federal agencies and other officials in recent years have been cracking down on the prescription of opioids, dually recognized as an important tool in the treatment of pain and as a gateway to physical dependence and addiction.

In 2016, the US Centers for Disease Control and Prevention issued guidelines urging doctors to prescribe these drugs more responsibly for people with chronic pain. But Busse said the CDC report set the bar for placebo-controlled studies too high in its analysis; it looked for studies that followed up with patients for at least a year, of which there were none.

"We have looked at a lot of additional evidence that was not considered by the CDC guidelines," he said.

Dr. Jianguo Cheng, president of the American Academy of Pain Medicine, said the new analysis reinforces what's become conventional wisdom among pain specialists. He was not involved in the study.

The CDC describes chronic pain as "lasting longer than 3 months or past the time of normal tissue healing." It is among the top reasons for seeking medical care in the US, affecting just over 20% of adults -- about 50 million people -- in 2016, according to one report this year. Other estimates suggest that the number is twice that.

"It's a very complicated and diverse population of patients," Cheng said, including those who may have suffered injuries, had multiple surgeries or live with disability.

This is differentiated from other kinds of pain, such as acute pain and cancer pain. For the latter, Cheng said, the use of opioids is far less controversial.

Just because most of these patients won't see meaningful improvements, however, is not to ignore the subset that will experience them, Busse said.

"A problematic interpretation of [the study findings] would be: Opioids don't provide any meaningful pain relief," he said. "The challenge with that interpretation is it assumes that every patient will get the same amount of pain relief."

His study estimates how many chronic pain patients a doctor would need to treat in order for one to experience meaningful improvements: For pain, it's roughly eight patients. For physical functioning, it's 12 patients. For sleep quality, 17 patients.

And this is the "best case scenario," according to an editorial published in the same journal by doctors with the University of Pennsylvania's Department of Anesthesiology and Critical Care.

The studies included in the analysis largely weeded out patients with past or present substance use disorder, which Busse described as "selecting patients that would be prognostically better off." Nearly half of the studies excluded patients who were diagnosed with or treated for mental illness, as well.

More than three-quarters of studies in the analysis were funded by the pharmaceutical industry, the study points out. Other research has shown that industry-funded studies tend to produce better outcomes across a variety of fields.

In recent years, pharmaceutical companies have come under fire for aggressively marketing opioids to doctors. Leading up to the early 2000s, opioids were seen as a wonder drug, and doctors were urged to treat pain more aggressively. Former Surgeon General Vivek Murthy wrote in an open letter that doctors were taught that these medications were not addictive if patients were in "legitimate pain." Multiple studies have shown this to be false.

A 2013 study estimated that one in five patients who see a doctor for acute or chronic noncancer pain get prescribed opioids.

Another study last year supported a push by the CDC and other health experts to taper chronic pain patients off opioids when possible, saying they may have a better quality of life without them. But Cheng says this should be done carefully and may not work immediately for all patients, adding, "I have seen many patients abandoned by their physicians, and they cannot find the people to manage their pain."

According to Cheng, alternative treatments that may be effective -- such as physical and cognitive behavioral therapies -- can also be out of reach for many patients, in some cases because insurance doesn't reimburse these services.

However, despite gaps in knowledge of treating chronic pain, experts say opioids are part of that arsenal -- even if they come with risks and benefits that need to be better understood.

"For individuals who are suffering with unrelenting chronic pain every day of their lives, if they've tried other alternatives that haven't worked, they may in some cases decide they still want to embark on a trial of [opioid] therapy," Busse said, "and now they have the evidence to understand what their chances are of achieving meaningful improvement."