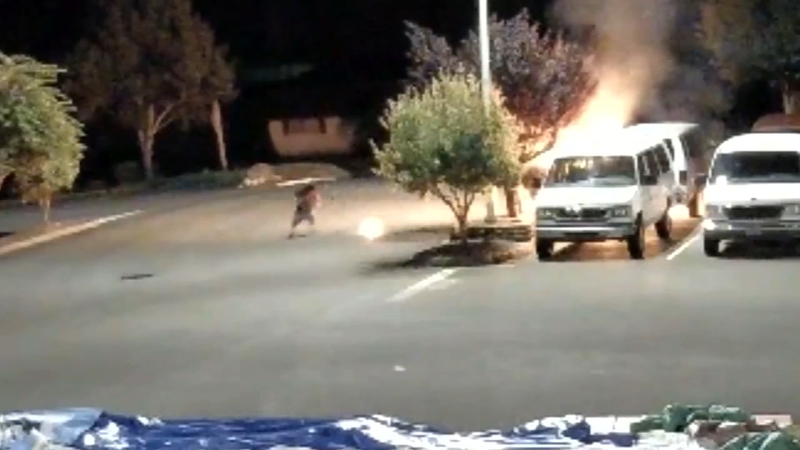 BEAVERCREEK, Ore. -- Local deputies are trying to identify a person who ignited a fire that destroyed three church vans.

Officials said the suspect was trying to steal gas from a church van when it caught fire and exploded, KATU reported.

When first responders arrived they found three passenger vans engulfed in flames that reached 20 to 30 feet in the air, officials said. 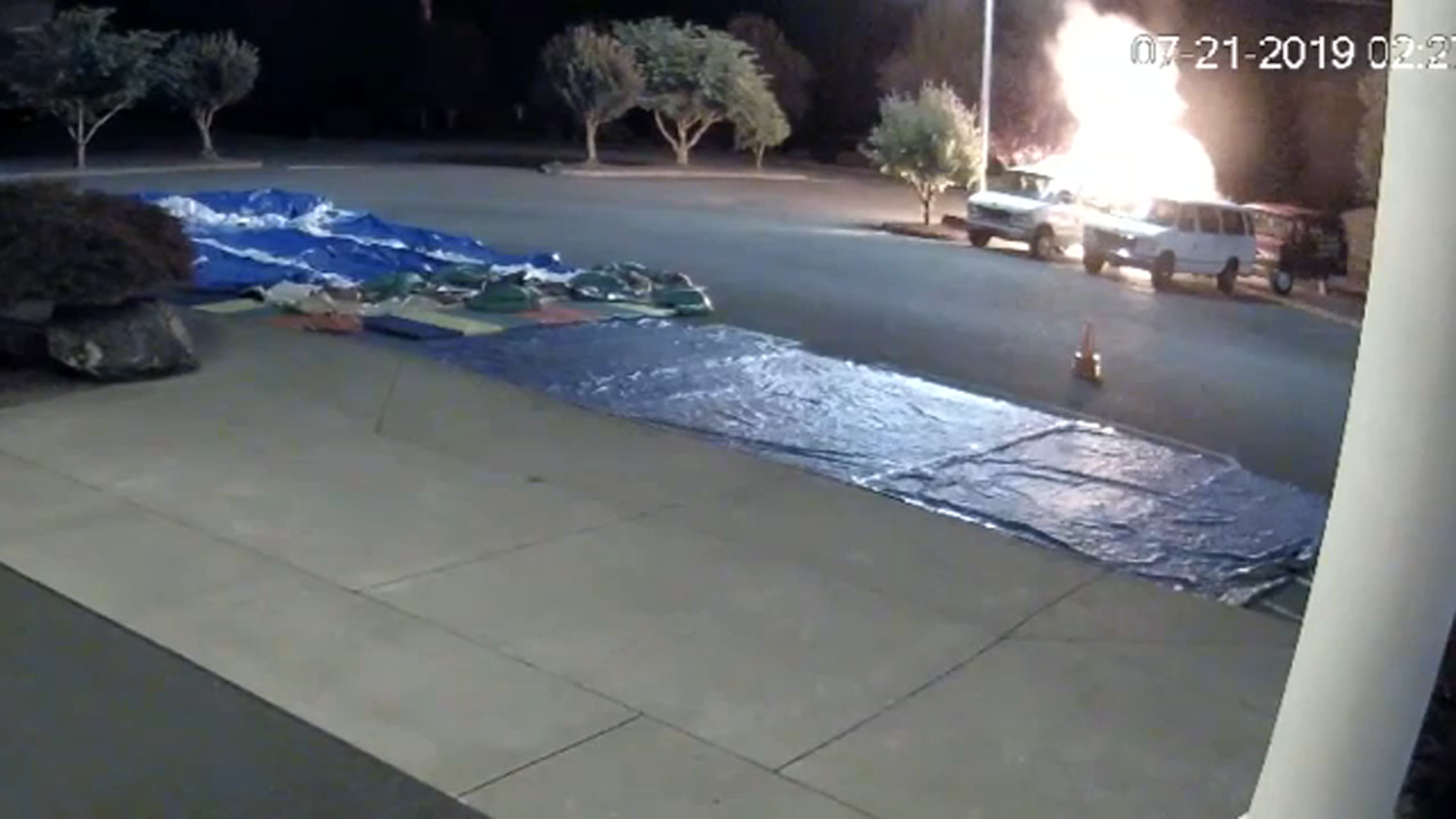 Local deputies are trying to identify a person who ignited a fire that destroyed three church vans. Courtesy of KATU.

Pastor Mike Mutchler said he initially thought the vans were torched on purpose, but after speaking with fire investigators and reviewing the surveillance video, they now believe the suspect was trying to steal gasoline.

"At first we thought it was arson, you know just setting something on fire" Mutchler said. "But later based on the fire inspector from Clackamas County and then video footage that we took. It looks like it somebody trying to steal fuel."

Mutchler said the vans have been targeted numerous times over the past few years, with thieves mostly going after their fuel. 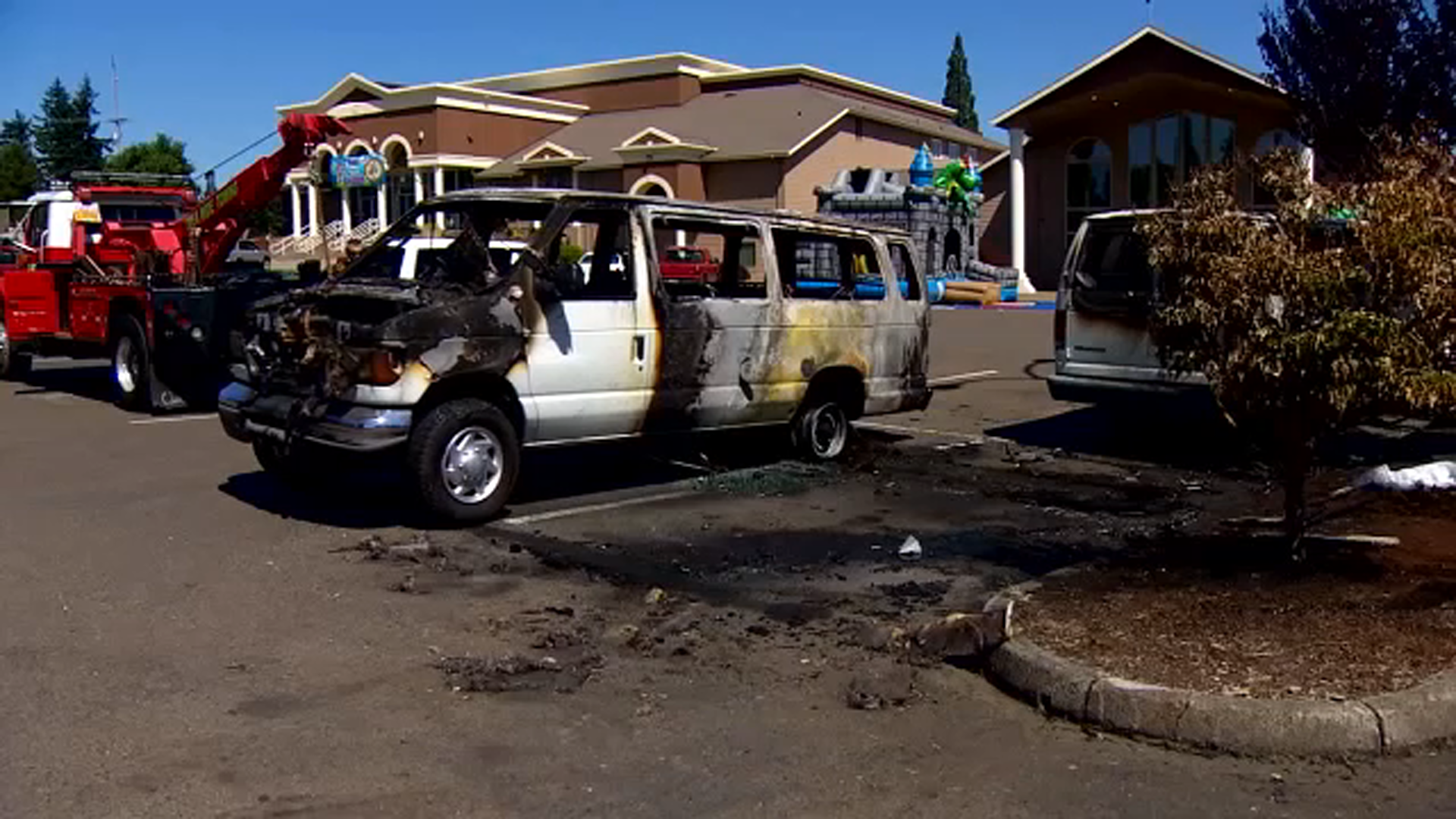 Local deputies are trying to identify a person who ignited a fire that destroyed three church vans. Courtesy of KATU.

"I would say in the last five years, probably 15 to 16 times," Mutchler said. "We would rather suffer the lost than try to put up gates saying we're closed for business."

Surveillance video showed the suspect drive into the church parking lot around 2:15 a.m. and park their car in the eastern edge of the lot.

Ten minutes later, cameras pick up an orange glow under the van and then a person emerges on camera with what appears to be their pants' leg burning.

In the video, the person is seen retrieving an item, then running off into the darkness, with something in their hand on fire.

Authorities said they later recovered a drill in the parking lot.