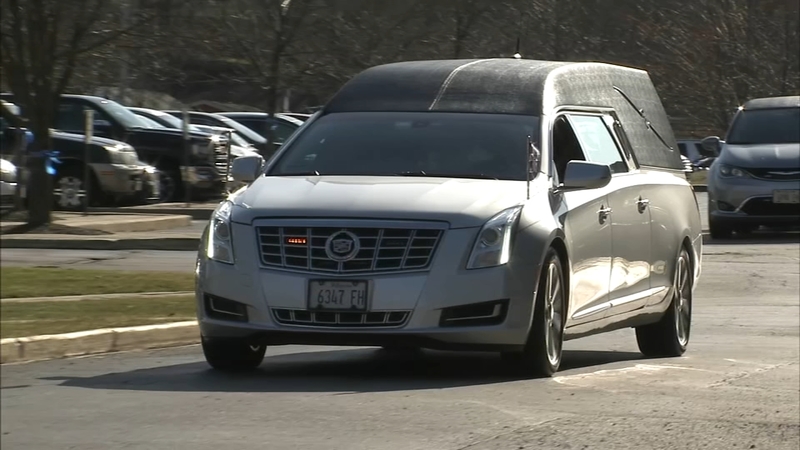 ORLAND PARK, Ill. (WLS) -- A prayer service and funeral was held Tuesday for an Orland Park teacher killed in a hit and run last week and the priest charged in her death appeared in court.

Hundreds of people filed into the church to pay their respects to Margaret "Rone" Leja, a teacher at St. Michael School in Orland Park.

"The students and the community, everyone was around," said Jan Brown, victim's friend.

"It was emotional," said Marcia Kowalski, parishioner. "Very crowded. A lot of kids from the school."

The educator was remembered for her kind heart and brilliant mind.

The funeral mass was complete with a message from Cardinal Blase Cupich.

"The bishop had closing words at the end coming from Cardinal Cupich, who is in Rome," Brown said. "He really wanted to express his condolences to the family."

Leja was struck and killed last week near the parking lot of Orland Square Mall while leaving a Christmas party. Another educator, Liz Kostek, was also injured in the hit-and-run.

Retired priest Paul Burak is charged in her death. He attended the same party as Leja. According to prosecutors, the retired priest admitted to police that he was "blacked out" and drunk after drinking a Manhattan cocktail and a glass of wine.

The 73-year-old, who suffers from Parkinson's and glaucoma, said he had no idea he ran anyone over.

Right now, the community is grieving the loss of one of their own as the former head of their parish looks at time behind bars.

"I will remember her always," said Brown. "Her spirit will be with me and I know she will be guiding me. My little angel."