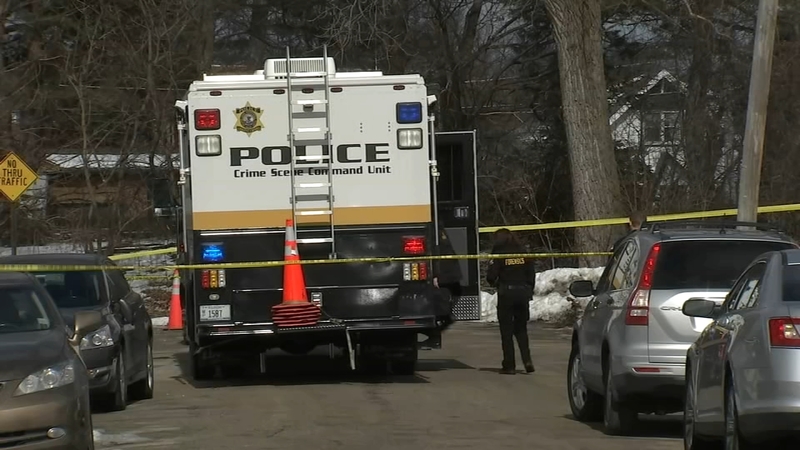 1 shot to death in Park Ridge

PARK RIDGE, Ill. (WLS) -- A quiet community on the outskirts of Chicago's Northwest Side was shaken by the sound of gunshots.

Becky Lloyd, a neighbor, feared for her life.

Park Ridge didn't see a homicide for three years, since 2019, until Tuesday night on the 200 block of North Grace Avenue. A 47-year-old Skokie man was fatally shot in a driveway at about 8:00 p.m., police said. Police rendered medical aid and paramedics transported the man to Advocate Lutheran General Hospital, where he died from his injuries. He was later identified as Michael Aldover.

"Not only is this happening in my neighborhood, on my block, that could have gone through my bedroom," Lloyd said.

Lloyd said she shares a wall with the apartment where an argument broke out Tuesday night and gunshots followed.

"It's been difficult to understand exactly who actually lives here full-time," Lloyd said. "There's several people that I thought were here but it changes frequently."

Police said the investigation is in its infancy.

"At this time we feel that this is an isolated incident our investigation is leading us to believe that and really there is no threat to the public at this time," Park Ridge Police Executive Officer Tom Gadomski.

The exact reason behind the shooting remains a mystery and the shooter is still on the run, police said. But as the investigation continues, the act of violence has reverberated throughout the neighborhood.

"I have a 4-year-old and a 6-month-old and it's scary just to think that if we go for a walk, or just go out in the neighborhood, something like that could happen," Irene DiMinervino, a neighbor.

"This was very surprising to have a shooting and so close to home," Icenogle.