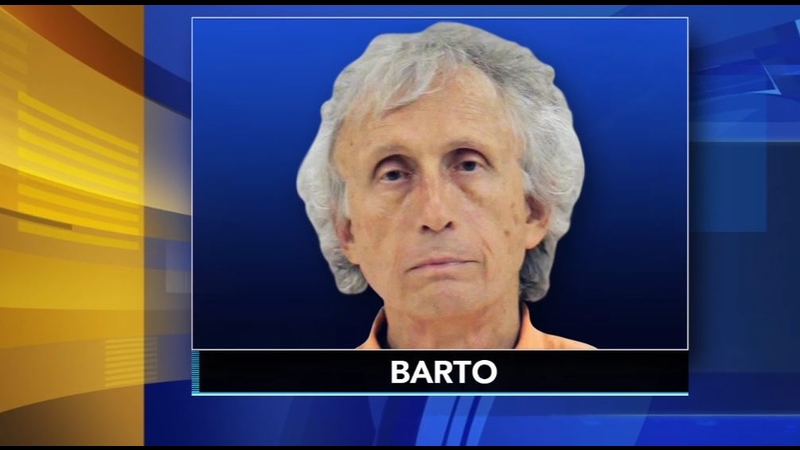 EBENSBURG, Pa. -- A former Pennsylvania pediatrician was sentenced to at least 79 years in prison on Monday for the sexual assault of 31 children, most of them patients, in a case that state medical regulators failed to act on nearly two decades ago.

Dr. Johnnie Barto of Johnstown was sentenced on dozens of counts, including aggravated indecent assault and child endangerment. Prosecutors say he spent decades abusing boys and girls in the exam room at his pediatric practice in western Pennsylvania and at local hospitals, with his victims typically ranging in age from 8 to 12. One was an infant.

Nineteen people gave victim impact statements, both in person and through a prosecutor, describing how Barto caused them to feel hopelessness and despair, caused depression and anxiety and instilled a fear of doctors.

Barto's wife, Linda Barto, was among them.

"He has been lying to me about everything for all of the 52 years I have known him. ... He spent his whole sinister life lying and sneaking around, so he could carry on his abuse uninterrupted," she said. She said her heart was heavy for the victims.

The attorney general's office had asked for 31 to 62 years in prison.

Barto declined to make a statement.

He pleaded guilty in December to some counts and no contest to others. He's been jailed pending sentencing. His lawyer, David Weaver, has said Barto opted to enter pleas, so "the healing could begin for his family, his victims and for himself."

Authorities had a chance to stop Barto in 2000, when he appeared before the Pennsylvania Board of Medicine on administrative charges that he molested two young girls in the 1990s. But regulators threw out the case and allowed him to keep practicing medicine, saying the allegations were "incongruous to his reputation." At the time, the prominent pediatrician had a lot of support in the community.

Barto, now 71, went on to molest at least a dozen more young patients before his arrest in January 2018, according to the state attorney general's office.

The medical board's 7-2 decision to let him off the hook in 2000 sparked outrage from victims and at least one former board member. Vivian Lowenstein, who had voted to strip Barto of his license, told The Associated Press last year that she was "sick about it" and that the case was as an example of how Pennsylvania's physician-regulators typically looked out for their own.