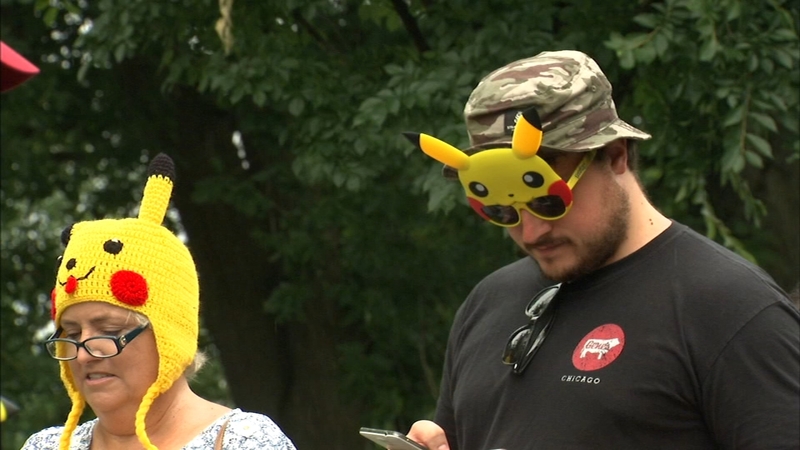 CHICAGO (WLS) -- Gamers from around the world were on Chicago's North Side Saturday for the Pokemon Go Fest.

About 20,000 people attended last year's fest in Chicago, which ended in a bit of a disaster that resulted in a class-action lawsuit and refunds.

However, this year, players called the event a success after organizers added wifi towers and spread the game out during to help prevent technical issues and slow downs.

"It was so stressful trying to get tickets through the lottery system, but it felt like you won the lottery and it's been fantastic so far," said Jamie O'Born, who traveled from Toronto to play.

On Saturday, the gloomy, wet weather didn't stop the gamers, who were looking down at their smartphones and walking in different directions searching for one character after another.

The first-ever Pokemon Go Fest was held in Chicago's Grant Park last year, but players were left disappointed after the app crashed.

"Last year was awful until they kind of gave up on what they planned on and kind of spread it out to the whole city, this year the layout seems to be a lot better," said Michael Ornelas, who traveled from California.

This year was bigger with people of all ages and from around the globe participating.

"This year it's a whole lot better, we got in, we were able to scan our QR codes and everything has gone for the better," said player Matt Moreau.