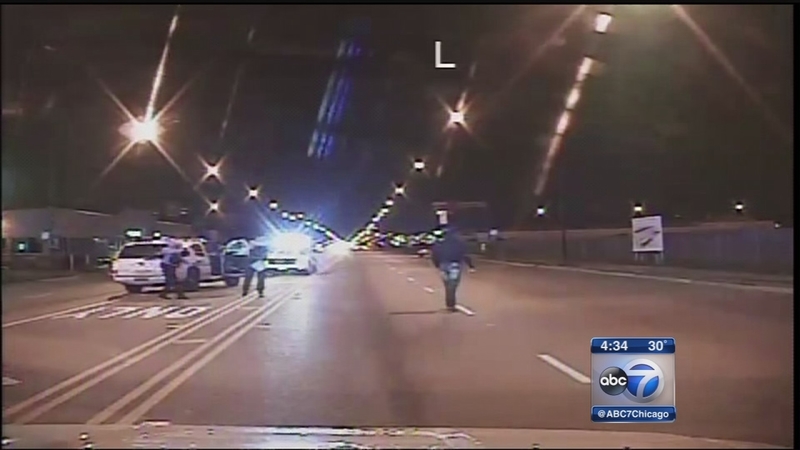 CHICAGO (WLS) -- In response to the public outrage over the handling of the Laquan McDonald shooting a state lawmaker wants to change the way police dash cam video is made public.

When police use deadly force and it's captured on video, isn't there a compelling public interest to see it released for public viewing? But when? And does public interest trump what is likely to be critical evidence in a criminal case?

Current efforts to obtain police video typically are decided by a Freedom of Information Officer who almost always says no, due to the ongoing criminal investigation.

"We want to bring some transparency to the process," says West Side State Rep. Art Turner.

Rep. Turner has proposed a bill that would put the initial decision in the hands of a circuit judge. City lawyers or prosecutors would have to convince the judge that there are compelling reasons to keep the video, from police dash cams or body worn cameras, under seal.

"It's a nice protection for the public to know, hey, there's not any funny business going on here, there's an actual investigation, or there are proceedings taking place or we don't want to hurt the process of justice, and we don't want to let it out," Turner says.

Alternately, the judge could decide there's no good reason to keep the video under seal and release it.

"The video shouldn't be seen until the trial is over with," says veteran former prosecutor Jim McKay.

McKay says he has no problem with a judge deciding whether video should remain under protective order, but video is also evidence and often critical evidence. Disclosing it prematurely with constant replay can jeopardize witnesses and deny a defendant's right to a fair trial.

"That could dramatically effect prospective jurors abilities to sit as jurors and be fair and impartial to both sides," he says.

Still the frequent criticism is that police use every available excuse to keep deadly force video from public view for as long as possible, and McKay agrees that's counterproductive.

"Right now you have a situation where the public believes this video footage was held for nefarious reasons and that's not good for anyone," says McKay.

Turner believe he'll have strong bipartisan backing for letting judges, not FOIA officers, deciding the delicate balance between due process and the public interest. There is also a political component to the debate, as many cities are opting to release police video earlier due to public outcry. When to release video is one of the questions the mayor's new taskforce on police accountability is tasked to answer, and there is no one-size-fits-all solution.