WLS
By Stacey Baca
CHICAGO (WLS) -- The man who brokered the early prison release for former Illinois Gov. Rod Blagojevich with the White House is from the Chicago area, and he's quickly making a name for himself.

Mark Vargas met Blagojevich at the Colorado prison on the day of his release, sat next to him on the plane ride from Denver to Chicago, and was at his first news conference. But who is he?

It turns out Vargas, 38, is a Chicago-area entrepreneur, who's a "trusted adviser and close confidante to some of the highest profile political and business leaders in America," his LinkedIn profile states. He admits it's bold, but his bold actions may have convinced President Donald Trump to release Blagojevich from prison.

"I've been working under the radar for almost the last two years," Vargas said. "If there is a shot of the governor being released from prison early, it's going to take a Republican from Chicago with direct access into the White House."

And so the story begins.

His journey to help Blagojevich started in 2018, when the U.S. Supreme Court refused to hear the convicted governor's case.

"I thought it was absolutely outrageous that the governor would have to serve his full 14-year prison sentence," he said.

So Vargas messaged Patti Blagojevich through LinkedIn, offering to help by writing a column.

Vargas is a contributing op-ed writer for the Washington Examiner. He wrote a column on May 1, 2018, supporting Blagojevich. After the column was published, he said he emailed Jared Kushner, President Trump's senior adviser and son-in-law, communicating about a dozen times about various issues, including Blagojevich's case.

"I've been in direct communication with Jared Kushner. And Jared has been a great advocate for the former governor's release," Vargas said. "It was important to me to share with Jared and to keep him in the loop about all the unique support that we were gathering on a very regular basis."

And that wasn't all. A month after he wrote the column about Blagojevich, he heard President Trump talking about the case.

"Thirty-one days later, the president was talking about Blagojevich on Air Force One," Vargas recalled.

Vargas has a "unique Rolodex," as he calls it.

After graduating from Judson University in Elgin, he moved to Washington D.C. with $72 in his bank account. He eventually landed a job at the Pentagon, meeting some of the most powerful Republican leaders at the time. He said he traveled to Baghdad, Iraq, 14 times as part of a Pentagon economic team. He said he met the military leaders on the ground, including U.S. Army General David Petraeus.

"I was there the same time General Petraeus was in charge of coalition forces, so we've stayed in touch," said Vargas, a graduate of St. Charles East High School and Judson University, where he now has a speakers series.

Vargas said Petraeus is scheduled to speak at Judson University later this year. Mark Cuban was his first guest.

But the highlight, for now, is Rod Blagojevich.

"The biggest takeaway is don't ever give up," Vargas said. "Our secret sauce is we were working hard behind the scenes."

Through all this, Vargas has relied on his faith, which he considers the most important part.

"Divine intervention," he said. "I've shared that with Rod, and I've shared that with Patti. It is divine intervention, we threw a Hail Mary up and weren't sure this would work or not, and it did."
Report a correction or typo
Related topics:
politicscoloradochicagoelginentrepreneurshiprod blagojevichpresident donald trumpjared kushnerprisonu.s. supreme court
Copyright © 2020 WLS-TV. All Rights Reserved.
ROD BLAGOJEVICH 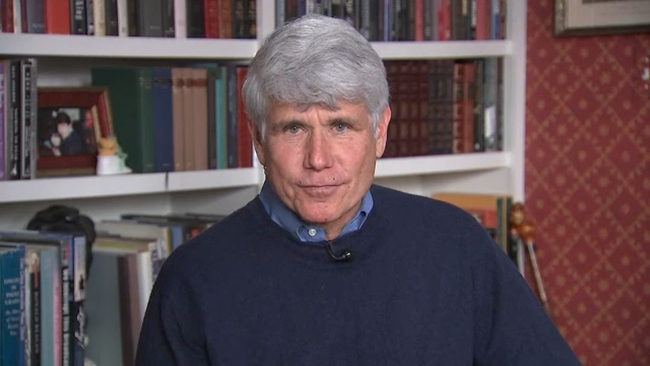 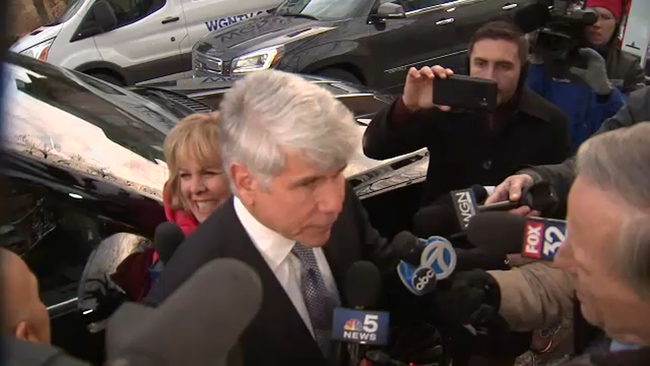 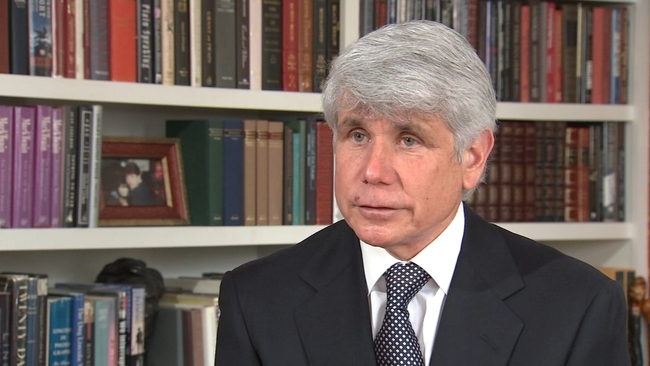