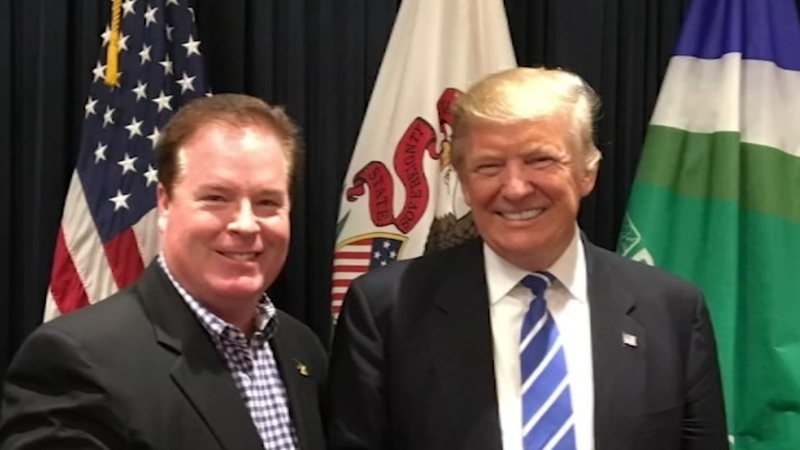 In June, when Chicago banker Stephen Calk goes on trial in a federal courtroom, a footprint will be the key to the case against him and for him. A digital footprint.


Newly filed court records reveal that prosecutors will use hundreds of emails in their effort to prove that Calk conspired to commit financial institution bribery with former Donald Trump campaign chairman Paul Manafort.

At the same time, Calk will rely on a slew of other emails to prove that he is not guilty of funneling $16 million in loans to Manafort in a scheme to land a prominent position in the Trump administration.

Among the emails listed in exhibit filings are some from then presidential candidate Donald Trump, many from Trump's ex-campaign chairman Paul Manafort who ran the show in 2016. There are emails that the government or defense want to use from notable names who became top White House officials, including Hope Hicks, Anthony Scaramucci, Steven Mnuchin and Trump son-in-law Jared Kushner, as well as many e-mails from Chicago bank executives.

Two months ago Calk pleaded not guilty to a superseding indictment in the case alleging conspiracy to commit financial institution bribery. Although not called out by name, the co-conspirator matches descriptions of Manafort.


"Calk and the borrower agreed that Calk would and did corruptly solicit and receive from the borrower assistance in obtaining a position with the Presidential campaign and the incoming presidential election, intending to be influenced and rewarded in connection with the extension of approximately $16 million in loans from the bank and the holding company to the borrower," the new filing stated.

Calk was allegedly angling for secretary of Defense, or secretary of the Army according to prosecutors but ended up with nothing after Trump was elected. Manafort defaulted on the $16 million dollars in loans from Calk's Chicago bank, that suffered a huge loss when the deal went south.

The ex-Trump confidante and campaign boss was convicted in 2018 of tax fraud and financial crimes in a case that originated with special counsel Robert Mueller's investigation of Russian interference in the 2016 presidential election. Manafort pleaded guilty in a later case alleging tax evasion and embezzlement.