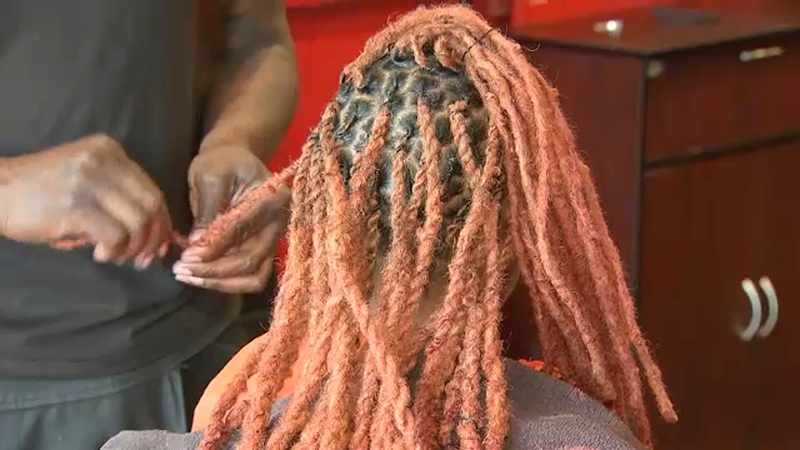 CHICAGO (WLS) -- There's hope that the Oscar win for "Hair Love" will give momentum to legislation called the Crown Act that protects against discrimination in the workplace, housing and education based on hair texture and protective style.

The Best Animated Short win for director Matthew Cherry and his co-producer Karen Rupert Toliver was a joyous moment, and during his acceptance speech Cherry called attention to the Crown Act.

"'Hair Love' was done because we wanted to see more representation in animation. We wanted to normalize black hair," he said.

Cherry said in many cases, black people are penalized for their natural textures. He invited DeAndre Arnolds to the Academy Awards. Arnolds, who lives in Texas, is required to cut his dreadlocks in order to graduate high school.

RELATED: Teen who was told his dreadlocks violated dress code invited to Oscars

"When something like this comes about, where you have the potential to have real change and stop these stories from happening, it was our pleasure to be part of it," Cherry said.

The Crown Act is already law in California, New York and New Jersey. Similar bills have been introduced in more than 20 other states. In Illinois, it's sponsored by State Rep. Jehan Gordon-Booth of Peoria (D-IL 92).

"I'm thankful that we're now in a place in our society where we are willing to challenge these norms and actually put policy around it to solidify it," Gordon-Booth said.

Styling natural hair has been the norm for Ansah Ofei, who owns the All Things Natural salon in Chatham where he specializes in locs. His client Jasmine Thompson has worn locks for six years. She said it's the best decision she's made.

"Hair has always been natural, but just the heat and the process of being an athlete, working out, sweating, eventually it was too much," she said.