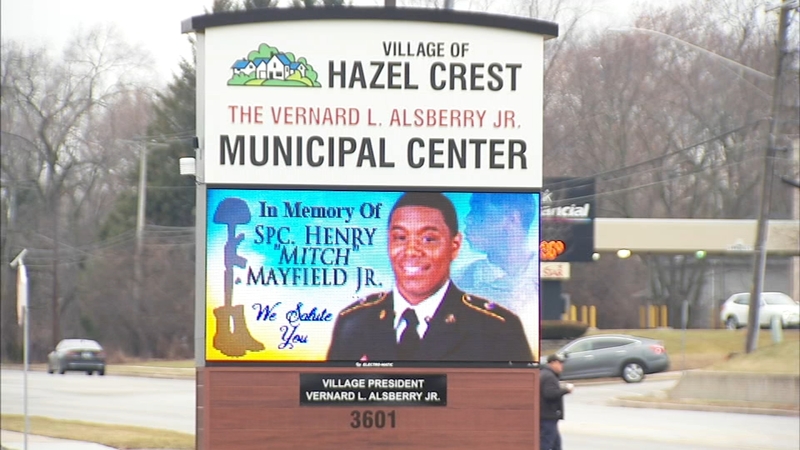 "He was gone 105 days. He walked out the door into a war zone," said Mayfield's grandmother Annette Horton. "We're all hurting and I miss him so much."

Many who tied the ribbons did not know Mayfield, but said they wanted to pay their respects to the young service member who gave his life for his country.

"Growing old is a blessing and this young man didn't get that chance to grow old," said local resident David Ohlendorf. "He gave his life for his country so I can get my butt out of bed on a winter's day and thank him for his service."

"This became more than we thought it would be," said Hazel Crest Village President Vernard Alsberry, "but it really makes you feel good when the whole region gets behind this young man who gave the ultimate sacrifice."

A 23-year-old soldier from south suburban Hazel Crest was among three Americans killed in a terrorist attack in Kenya Sunday, his family said.

"I'm just thankful that he was a hero," Horton said. "This is beautiful what they did [today]. Thank you Hazel Crest."

Mayfield's body is expected to be flown home Wednesday and escorted back to his hometown from O'Hare International Airport.

The family of a soldier from south suburban Hazel Crest killed in Kenya gives a statement.