Registered Illinois voters can request vote-by-mail through the mail or in-person. The first day to file an application for a mail-in ballot was June 16, and the Election Authority must have received all requests by mail by Oct. 29.

The application for vote-by-mail must be sent to the Election Authority for the jurisdiction in which you are registered.

All in-person requests must be made by Nov. 2. Additional provisions and requirements apply to members of the military and those living abroad.

But some say ongoing problems with the U.S. Postal Service could hamper those looking to vote by mail.

The mayor spoke out at an online roundtable ahead of the Democratic convention, saying the Trump Administration's recent changes to postal operations are designed to discourage mail-in voting. Those changes include reducing overtime and moving massive mail sorting machines. This tactic is something she says the president fears will cost him the election.

The state elections board is forecasting at least one in eight votes for the Nov. 3 general election to come in through the post office. But they add that now is the time to request your mail-in ballot.

Ballots are expected to be mailed to those requesting them starting Sept. 24.

However, earlier this summer the post office told election officials their operating standards won't necessarily meet Illinois laws governing how much time a voter is supposed to have to request and then mail in their vote. As a result, Chicago election officials say Oct. 13 is the latest you should request a mail-in ballot.

So far, the state says 700,000 applications for mail-in ballots have already been received, with a quarter-million of those from Chicago alone. To put that in perspective, the 2018 mid-terms had 430,000 total mail-in ballot requests statewide, which was a record.
Report a correction or typo
Related topics:
politicsillinoiscommunity journalistvotinglori lightfoot2020 presidential electionelectionpresident donald trumpmailmanusps
Copyright © 2020 WLS-TV. All Rights Reserved.
VOTING 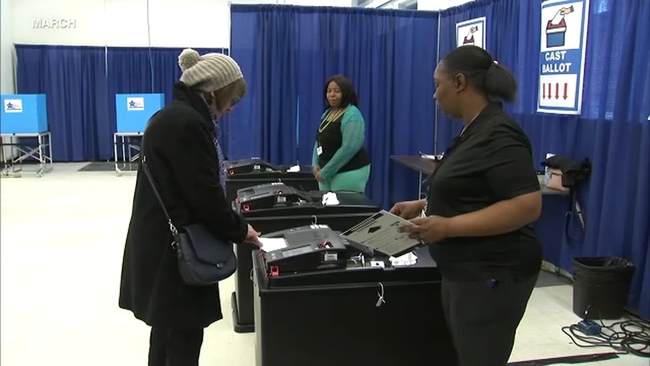 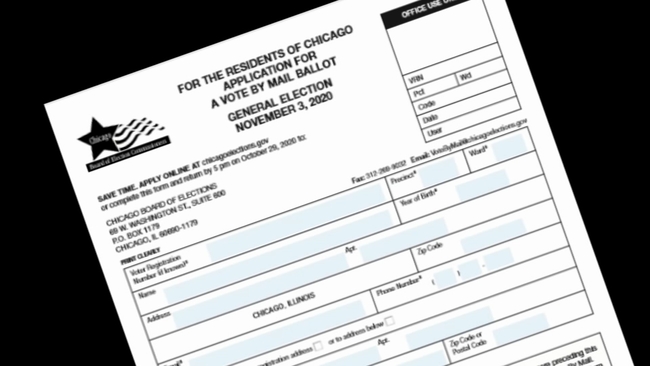